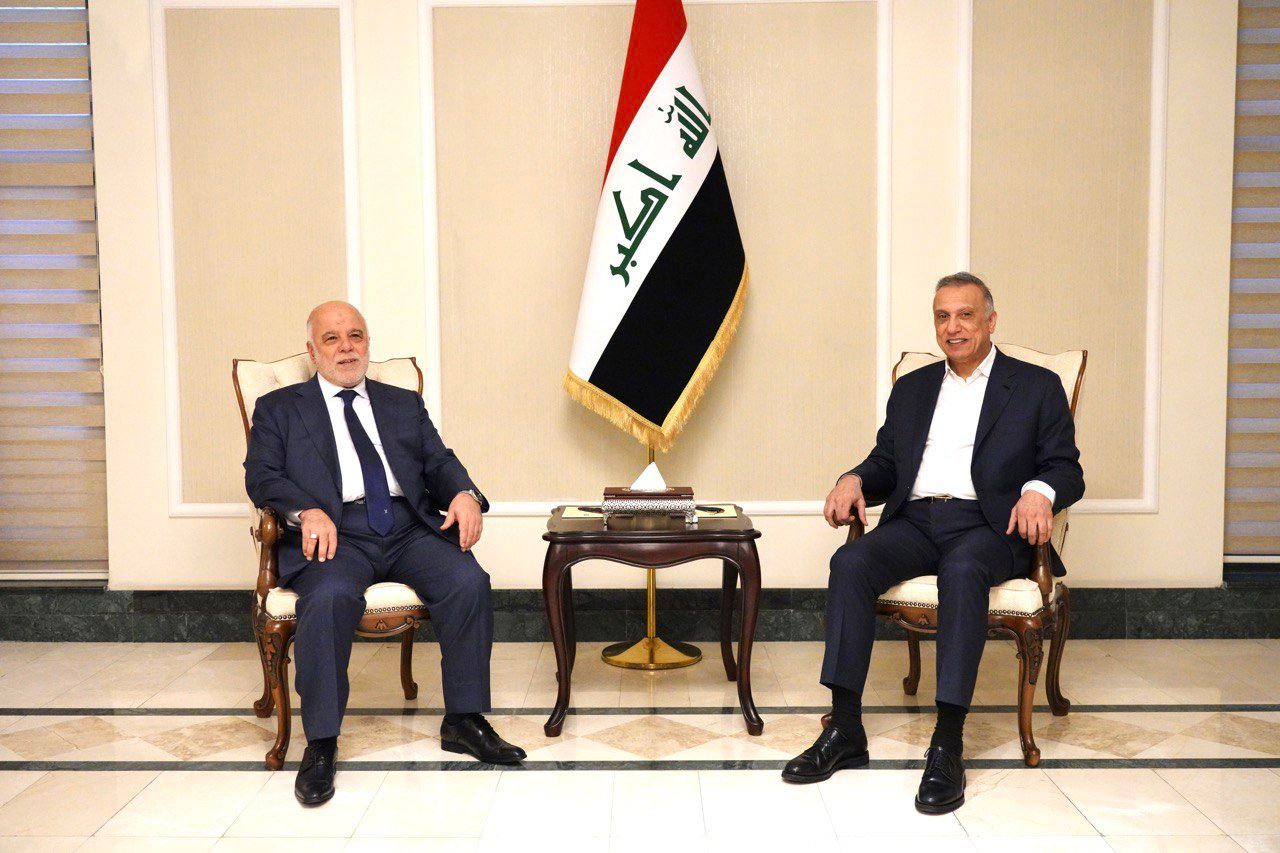 During the meeting, Al-Abadi condemned the attack that the PM was subjected to, describing it as an attempt to drag Iraq into chaos, according to a statement by Al-Kadhimi's office.

For his part, Al-Kadhimi reiterated, "proceeding with the reform project and everything that would enhance the state and the law's power", and praised, "the serious national positions denouncing the attack, issued by various international and national bodies."