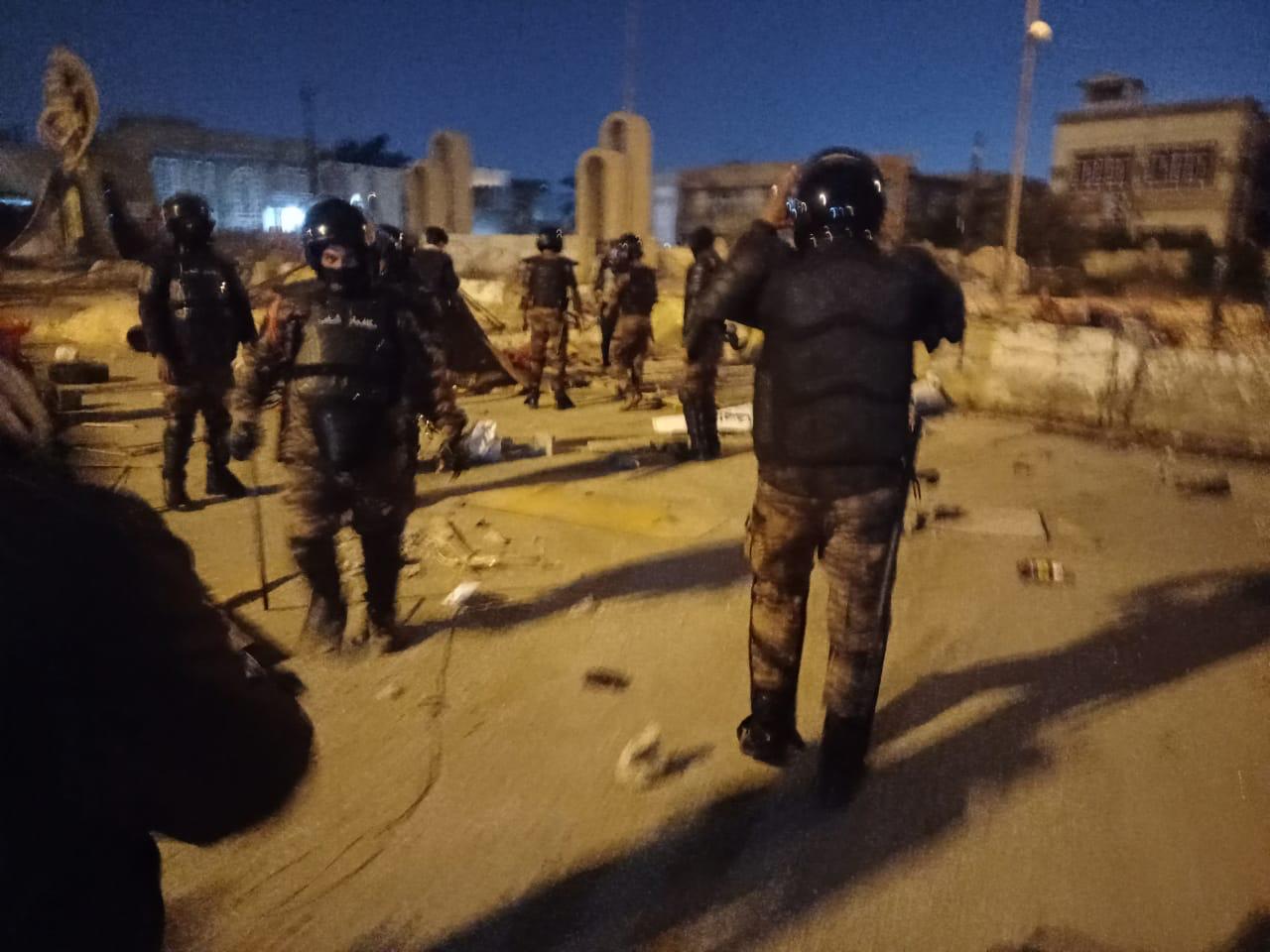 The protestor, Hussein Kata’a", burned himself to death in the face of the security forces who stormed Kut Square, the stronghold of the protestors in Wasit, witnesses told Shafaq News Agency.

Earlier this morning, civil activists said that forces of anti-riot and anti-crime units accompanied by Sadrist supports stormed the Wasit Square in the city of Kut, and removed all the protestors’ tents.