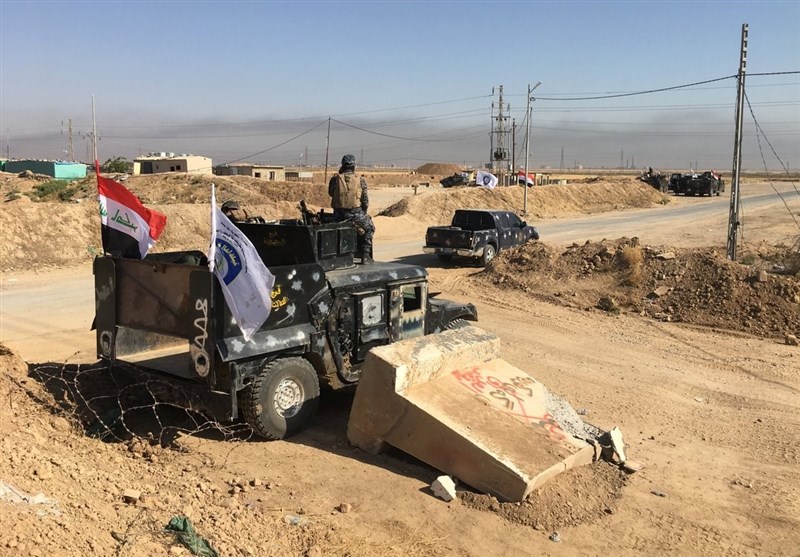 Shafaq News / The Iraqi Army and the Popular Mobilization Forces (PMF) repelled, on Friday, an attack in southwest of Kirkuk.

PMF Media Directorate said in a statement today, ISIS members attacked the control areas of the Iraqi Army and PMF in the outskirts of Qara Tabbah, southwest of Kirkuk, but the joint forces forced them to flee.

The Iraqi Army and PMF are working jointly in different areas in Iraq to defeat ISIS.

Earlier, the Iraqi security forces and PMF launched a campaign to dredge and open passages in the orchards of Jalawla district to uncover ISIS strongholds and dens of which it launches attacks against agricultural villages

In February, the Iraqi Army and the PMF carried out security operations have been launched in the outskirts of four governorates to pursue ISIS and to prevent terrorist elements from reconfiguring and planning new attacks.

The operations, which are still continuing eliminated ISIS militants, destroyed terrorists headquarters and took control of large areas in the so-called Triangle of Diyala- the borders of Kifri, the Balkana region, and the borders of Kirkuk