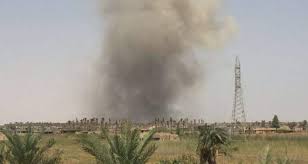 Shafaq News / A local source in Diyala reported that a farmer was seriously injured in an explosion south of Baquba.

The source told Shafaq News agency, "an explosive device was placed on the side of an agricultural road in the village of Al-Jadida on the outskirts of Buhriz district, (7 km south of Baqubah), and exploded this afternoon, causing serious injuries to a farmer." Adding that, the security forces launched a combing campaign in the area.

Buhriz sub-district had been the largest stronghold of al-Qaeda, and it currently contains many ISIS dens and hideouts.