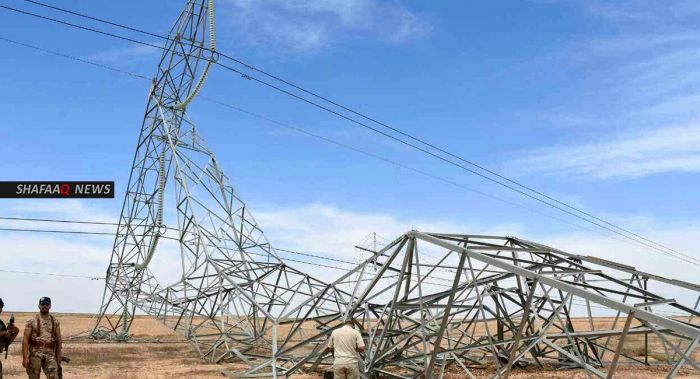 In a statement received by Shafaq News Agency, the branch attributed the problem to "a terrorist attack that targeted two power transmission towers."

However, the official in charge of control and operation, Hussein Al-Hashemi, said that the engineering and technical staff is sparing no effort to solve the problem.