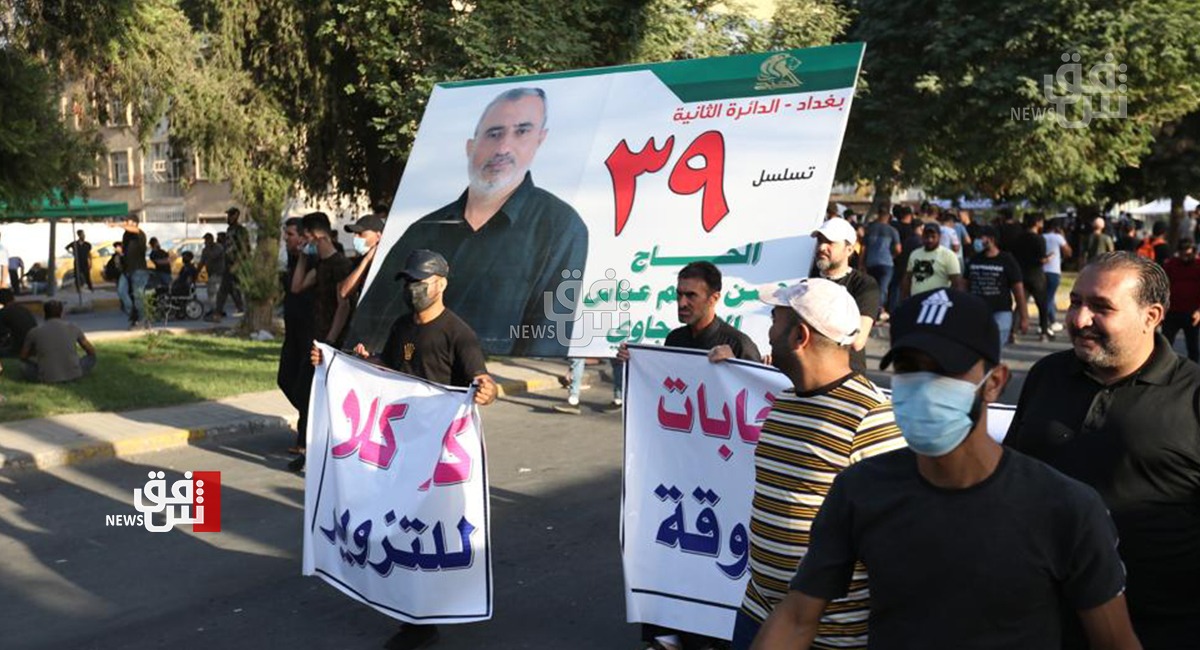 Shafaq News/ A fight broke out between the Army forces and the Popular Mobilization Forces (PMF) at protesters' sit-in in Baghdad.

A security source told Shafaq News Agency, "the fight took place at the sit-in near a gate of the heavily-fortified Green in central Baghdad, and resulted in one injury of the PMF forces."

The source did not disclose any further details.

It is worth noting that hundreds of supporters of Shiite forces and factions, including the Al-Fateh Alliance, have been protesting in front of a gate of the Green Zone since last Tuesday, expressing their rejection of the election results.