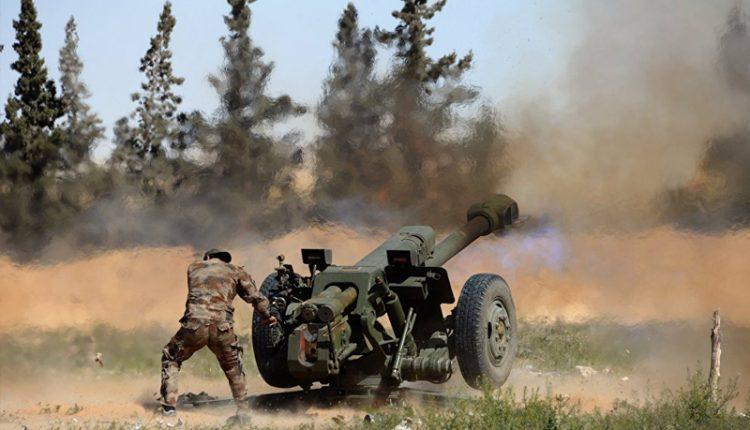 Shafaq News / Security sources in the Syrian desert reported today, Sunday, that about 25 were killed and wounded in the violent clashes that broke out yesterday.

The sources told Shafaq News Agency, "At least seven members of the Syrian regime forces and 15 ISIS fighters were killed in the battles that took place between them over the past 24 hours.

The Russian airforces carried out more than 70 airstrikes in the Syrian desert area in the triangle of Aleppo, Hama, and Al-Raqqa. The area mentioned above has been witnessing frequent attacks by ISIS militants on the Syrian regime's military points and its affiliated factions and militias.

The same sources indicated that ISIS carried out many attacks, bombings, and ambushes during the current year. ISIS attacks resulted in killing more than 140 non-Syrian members from Iran-backed militias, about a thousand soldiers from the Syrian regime forces, and more than 15 civilians working in the gas fields In the Syrian desert.