Shafaq News / The Finance Committee in the Iraqi parliament revealed on Tuesday, that non-oil imports in the federal budget are estimated at 10 trillion dinars.

"The total imports in the public budget for 2019 reached 105 trillion dinars, of which 7% are non-oil, which was estimated from 8 to 10 trillion dinars, according to the general budget," the committee’s reporter, MP Ahmad Al-Saffar told Shafaq News Agency.

"Oil imports include export and use of oil and its derivatives. As for non-oil, imports they include border crossing imports, taxes, state real estate and other government imports."

"The Iraqi state relies mainly on oil imports to build the structure of the budget bill, considering it is 93% of the imports volume ,” Al-Saffar said.

It is noteworthy that the prices of a barrel of oil have decreased since the outbreak of Corona virus, which led to fears of the impact of the decline and lack of revenue on the budget of Iraq for 2020 and was affected by the operational budget and salaries of government employees and retirees.

As a result, the Parliamentary Finance Committee estimated the size of the deficit in the country's general budget for the current year at "69" trillion Iraqi dinars, describing it as an "unprecedented" deficit.

Iraq imports more than 1,100 MW of electricity from Iran 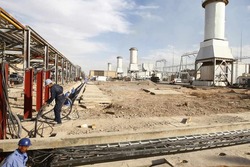