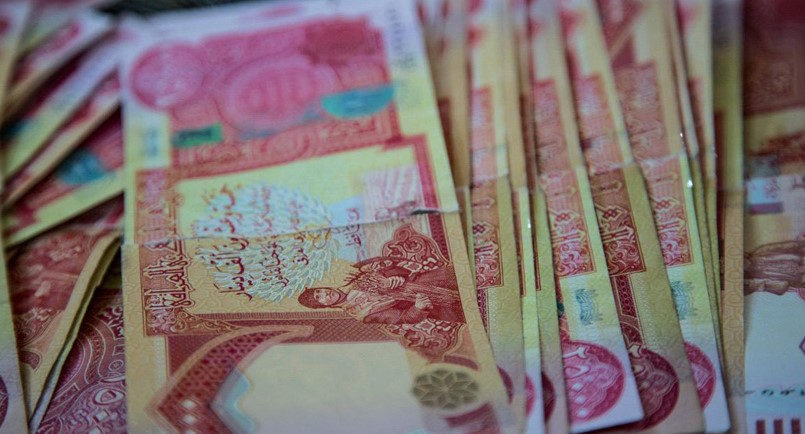 Shafaq News /The Iraqi government may be unable to fulfill its commitments in terms of wages for reasons including corruption and planning failures, as Baghdad has financial woes that may prevent it from paying government salaries in full starting in June.

Oil accounts for 90% of Iraq’s economy. Demand for oil by Iraq’s customers fell because of coronavirus restrictions on movement, which also helped depress oil prices. Meanwhile, the Organization of Petroleum Exporting Countries (OPEC) decided to cut oil production, According to the Israeli Jerusalem Post.

While Iraq’s new government paid its employees’ salaries in full in May, the drop in oil revenue means it will probably have to pay reduced wages or delay payment.

However, there are additional reasons for Iraq’s financial crisis.

Hazem al-Shamary, a political-science professor at the University of Baghdad, told The Media Line that while many countries were suffering from financial problems, Iraq had failed for many years to put money in a sovereign fund to handle a crisis, “like the one we are dealing with now.”

For years, Iraq spent without any planning or investment in development, he said. “The whole world was affected by the oil crisis but most countries had funds [put aside] to save their economies, unlike Baghdad.”

Iraq could borrow from the World Bank as well as from local banks. “Baghdad did that already but the question remains: Will the future governments be able to pay off these loans? We are talking about large numbers here,” Shamary said.

The international community will not abandon Iraq, he said, adding that Iraq’s finance minister has been visiting Saudi Arabia and other Arab countries to seek help.

“Most likely, the government will extend the number of days a month for the same salary. For example, the same salary will cover 35 to 40 days instead of 30 days.”

Mazen Irshaid, an Amman-based financial expert who writes for several Arab media outlets, said that corruption and other factors going back two decades led to the deterioration in Iraq’s economy. However, the past few years have been the worst, he said.

“Baghdad is among the countries with one of the world’s highest rates of corruption, and one of the ten worst countries in terms of controlling it.”

Because of corruption and instability, foreign investors and multinational companies have stayed away.

“This has to do with bad policies over the years, in addition to a lack of any economic planning, which increased corruption in the country,” he said.

In addition, protests have paralyzed the economy, as has the outbreak of COVID-19 and the resulting curfew, which increased unemployment and led to the closure of several companies and factories.

Iraq’s total dependence on oil revenues and failure to diversify its economy – especially in comparison with other Gulf states – has contributed to the crisis. “Because of that dependency, Baghdad is at the mercy of oil on the one hand and at the mercy of the coronavirus epidemic on the other,” Irshaid said.

With sound planning, Iraq could have diversified, because it has massive quantities of other raw materials including sand, minerals, iron and phosphates on which other industries could have been built “instead of fully depending on oil.”

However, “let’s not forget that Iraq has enough oil reserves for thousands of years.”

Bushra Al-Obaidi, a legal expert and member of a women’s advisory group to UN Secretary-General António Guterres’ representative in Iraq, told The Media Line that the Iraqi government has used borrowed money from banks to pay the salaries of May, in addition to a very small amount of oil revenues, “but economic experts affirmed that the government will not be able to pay salaries of the coming month, including June.”

Al-Obaidi stressed that corruption had a big role in the current financial crisis in Baghdad, “Iraq isn’t a poor country, but its money has been stolen by corrupt leaderships since 2003 until now, additionally, all previous governments focused on oil as the only source of income.”

She explained that if Iraq had invested in other industries, it would have been able to help countries during such a crisis, rather than asking them for aid money, “if we didn't rely on oil alone, we wouldn’t have been suffering now.”

Al-Obaidi said that the Iraqi government solutions to the crisis were ridiculous and unthoughtful, as it decided to cut from government employees’ salaries, “in other words, the poorest category in the Iraqi society, the workers, but the government decision excluded doctors, judges and military people – along with their very high salaries.”

She said that the Iraqi government was controlled by gangs and its solutions were more harmful to the people than the situation itself, “the senior officials in the government who are paid tons amount of money were excluded from the cuts, as they threatened the government of ending it in case of touching their salaries, what kind of government does that! What about the teachers, whose work doubled during the global pandemic of coronavirus?” 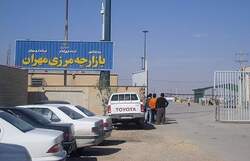