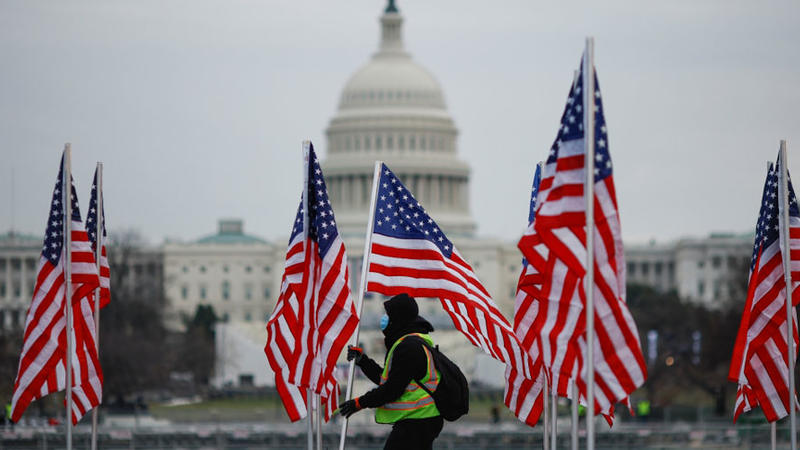 The shortfall this year is 9.7% higher than the $1.88 trillion deficit run up over the same period a year ago, the Treasury Department said Thursday in its monthly budget report.

However, this year's figure was bolstered by tax payments made in May, a month later than the normal April deadline but a month earlier than last year's June deadline.

Since the COVID-19 pandemic hit in March 2020 pushing 22 million people out of work, the government has responded even more forcefully with trillions of dollars in increased spending.

That support has included three rounds of direct payments to individuals, with the last payments authorized in the $1.9 trillion relief package that President Joe Biden pushed through Congress in March.

The deficit for the budget year that ended Sept. 30 totaled a record $3.1 trillion. Biden, who released his first budget earlier this month, is projecting that this year's deficit will total $3.67 trillion and will remain above $1 trillion every year over the next decade, reflecting his ambitious plans to boost spending on infrastructure and American families.

The annual federal deficit first topped $1 trillion in 2009 and remained above that level for four years as a deep recession triggered by the 2008 financial crisis depressed tax revenues and led to increased government spending to fight the downturn.

The deficit in May totaled $132 billion, compared to a deficit in May 2020 of $398.8 billion that heavy spending on the initial pandemic relief programs and the delay of the tax deadline.