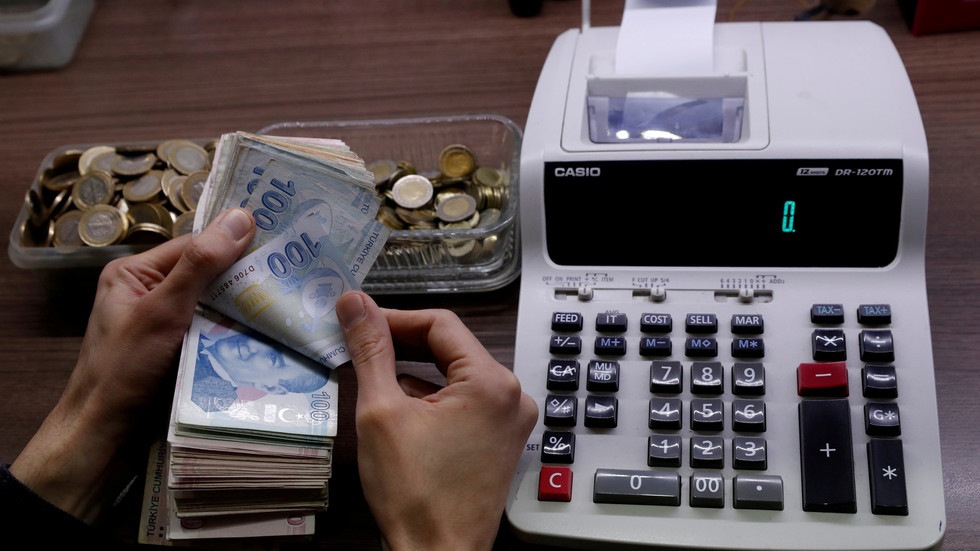 Shafaq News / Turkey's lira skiddednearly 2.3% on Monday and has fallen in 10 of the last 11 sessions as domestic inflation, global bond yields and oil prices have all risen, setting up a test of the central bank's tight policy pledge.

Wall Street banks Citigroup and JPMorgan were the latest to predict Turkey would raise interest rates next week to stabilize the currency and address inflation, which rose above 15% last month.

After liftingrates to 17% in December, central bank Governor Naci Agbal said on Friday: "We are going to take firm steps" to stabilise inflation. He added "a paradigm shift" happened in November when he took the bank's reins.

But while the lira TRYTOM=D3 had rallied some 20% since early November, it has given back half those gains in the past two weeks. By 1303 GMT, it was at 7.7 versus the dollar, after earlier hitting 7.71, its lowest level this year.

Turkey already has the highest policy rate of any advanced or developing country, and rate cuts were expected later in the year. Agbal's comments on Friday, in a blog post, were taken by some as a sign the bank will first tighten more.

It "was interpreted by the market as promising another rate hike soon, in order to establish even more credibility. We, too, think that another 100bps rate hike has become more likely at this month's meeting," said Tatha Ghose at Commerzbank.

"Not doing so would not only raise doubts about the CBRT's ability to hike rates when needed but also deteriorate short and medium term inflation expectations permanently," she said.

For import-reliant Turkey, which produces virtually none of its energy needs, the sliding lira raises import prices. U.S. crude oil rose to its highest price in more than two years Monday after reports of attacks on Saudi facilities.

Yields on the 10-year U.S. Treasury were at year's highs, which pulls funds out of riskier emerging markets like Turkey, whose assets are particularly volatile.