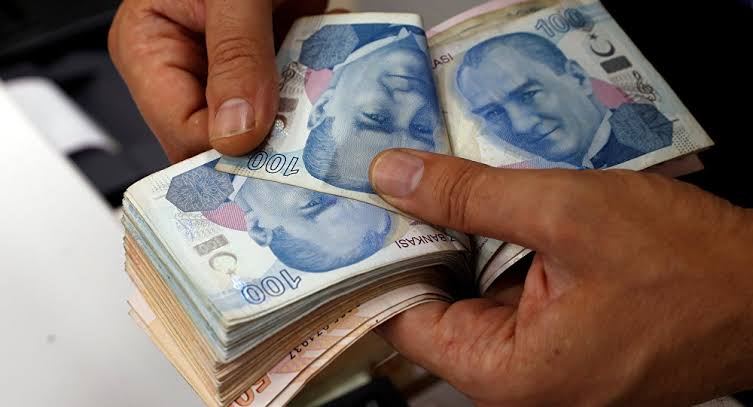 Shafaq News/ The Turkish lira continued its dive into uncharted territory on Thursday, touching a new low of 9.975 to the dollar after a jump in U.S. inflation exacerbated worries for a currency already hobbled by the central bank's unorthodox rate cuts.

The lira was down as much as 1.2% intraday and near the psychological threshold of 10 versus the U.S. currency. It has shed two-thirds of its value in five years, eating into the incomes of Turks along with double-digit inflation.

At 1156 GMT, it had pared losses and one dollar was worth 9.88 Turkish lira. Turkey's currency - the worst performer in emerging markets again this year - also neared a record intraday low versus the euro at 11.4386 before rebounding.

The higher-than-expected U.S. inflation data on Wednesday boosted the dollar due to possible earlier policy tightening by the Federal Reserve. Rising U.S. rates tend to pull funds from emerging economies with high foreign debt, like that of Turkey.

The lira has lost 25% of its value this year mainly due to concerns over monetary policy credibility as President Tayyip Erdogan pushed for lower interest rates to boost growth despite inflation running near 20%.

Since September, the central bank has cut its policy rate by a total of 300 basis points to 16%, arguing that the inflationary pressures are temporary.

Analysts expect more easing despite the already deeply negative real rate. A Reuters poll on Thursday showed the bank is expected to cut rates by another 100 points next week to 15%.

"If there are further rate cuts, real yields could go to negative 500 or 600 basis points. And historically, any level that is so misaligned with the rest of the market doesn't bring good things to Turkey," he said.

Deutsche Bank said the central bank's emphasis on core inflation and the current account suggests it will cut rates by 100 basis points in both November and December, despite the lira depreciation and jump in commodity prices.

"We expect headline inflation to end the year at 19.5%... and it will stay above 20%" in the first half of next year, Deutsche Bank said.

While foreign holdings of Turkish debt have fallen to 5% from above 20% five years ago, local individuals and companies hold near record levels of hard currencies.

Data shows $233 billion in local hard currency holdings last week, down a bit from September when the rate cuts began.

A trader at one local bank said Turks have grown more sensitive to rising prices and less sensitive to interest rates. "We expect locals to sell dollars as the depreciation continues," the trader said.

Inflation has been in double digits for most of the last five years, with food prices up nearly 30% last month from a year ago. Overall consumer price inflation was 19.9% last month.

Atilla Yesilada, economist at Istanbul Analytics, said it is unlikely that inflation will stay under 25% next year if the central bank continues to cut rates, driving down the lira and driving up import costs.

In a shift in guidance, the bank said last month the current account deficit was the country's main problem, and narrowing the shortfall was key to tackling price stability and supporting the lira.

Turkey's current account recorded a surplus of $1.652 billion in September, its second straight month in the black, with a boost in exports and some recovery in tourism revenues.

Dollar/Dinar rates: steady in Baghdad and minor slip in Erbil