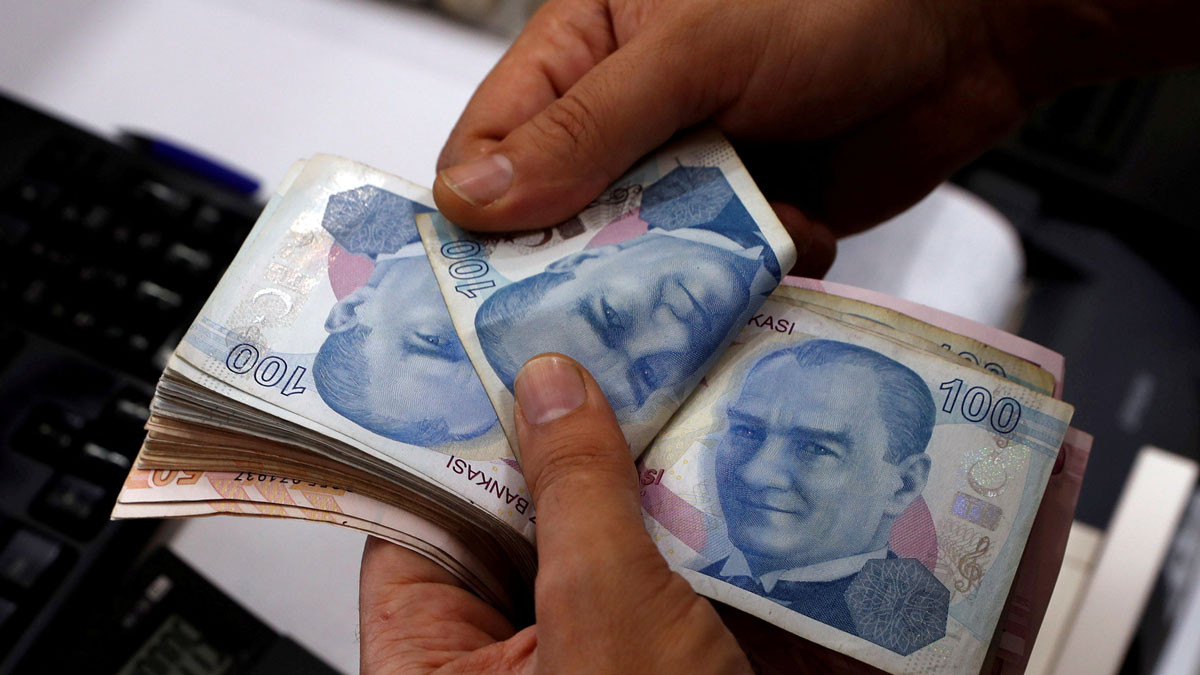 Shafaq News/ Turkey's lira gained more steam and was up 15% on Tuesday, extending its historic recovery from record lows, after President Tayyip Erdogan unveiled a plan he said would guarantee local currency deposits against market fluctuations.

In a late Monday speech, Erdogan said the series of steps will ease burdens from a currency crash over the last few weeks and encourage Turks to hold lira savings rather than dollars.

He did not detail how the government would fund the potentially expensive and inflationary initiative. read more

Before the announcement, the lira was down more than 10% at an all-time low of 18.4 against the dollar. It later shot back to as far as 12 - its biggest intra-day rally on record - to end the day up 25%.

Some $1 billion was sold in markets after his announcement, the head of the Turkish Banks Association said. According to the calculations of three bankers, around $1-1.5 billion in savings were converted to lira on Monday night.

The lira has plunged to record lows this year over fears of an inflationary spiral brought on by Erdogan's push for monetary easing, losing about 40% of its value in the past month alone. At its low, it was down some 60% on the year.

The rapid rebound was triggered by the deposit guarantee promise that Erdogan said would dissuade Turks from converting savings to hard currencies.

"We are presenting a new financial alternative to citizens who want to alleviate their concerns stemming from the rise in exchange rates when they evaluate their savings," Erdogan said after a cabinet meeting, while repeating his defence of a low-rates policy that initially caused the lira's slide.

While the government has called the lira's recovery a major win, economists have called his economic programme based on low interest rates reckless and said inflation - currently above 21% - would blow through 30% next year.

Under pressure from Erdogan, the central bank has cut rates by 500 basis points since September.

Some economists have said the new measures are effectively veiled rate hikes that may not ultimately stem the selling pressure, while straining the back-stopping Treasury.

"It can have dangerous consequences," said Refet Gurkaynak, head of Bilkent University's economics department, in Ankara.

"The Turkish lira...had the mother of all rallies overnight, falling 11.0% intraday, but finishing the overnight session over 20% higher after President Erdogan announced new policy measures to protect the lira savings from currency depreciation," Halley said.

"A look through the new measures left me scratching my head about how they would ever be enacted and executed, especially in a short time."