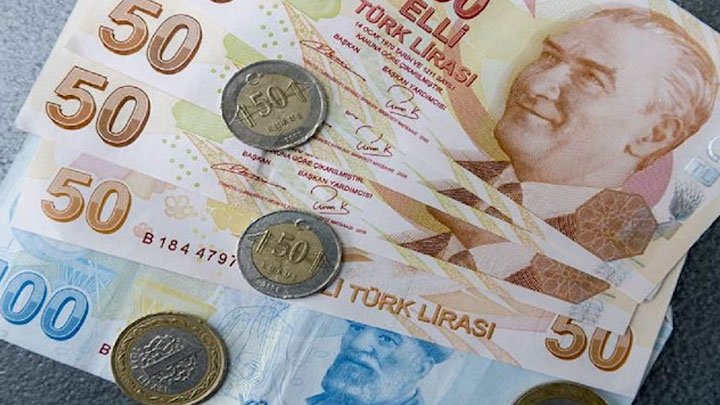 Shafaq news/ Turkish lira touched a record lows against the dollar on Thursday, hit by investor unease over possible US sanctions, fraught ties with the European Union and the ongoing Caucasus conflict.

The currency has lost about 25% of its value this year on worries over the central bank’s depleted forex reserves, costly interventions in the currency market, and geopolitical issues.

The lira hit a record low of 7.89 against the US currency, weakening from a close of 7.885 on Wednesday.

Investors were assessing the Treasury’s first Eurobond issue since February. Despite the tensions and financial market turbulence, Turkey sold a $2.5 billion 5-year Eurobond on Tuesday that gave buyers 6.4% interest.

US congress members demand from Trump to impose sanctions on Turkey after Bloomberg reported on Tuesday that Ankara would begin testing the Russian S-400 missile defense system.

Ankara's support for Azerbaijan in the Nagorno-Karabakh region has also caused tension.

France, the United States and Russia will step up efforts to end fighting between Azeri and ethnic Armenian forces in the South Caucasus by holding talks in Geneva on Thursday, as fears of a regional war grows.