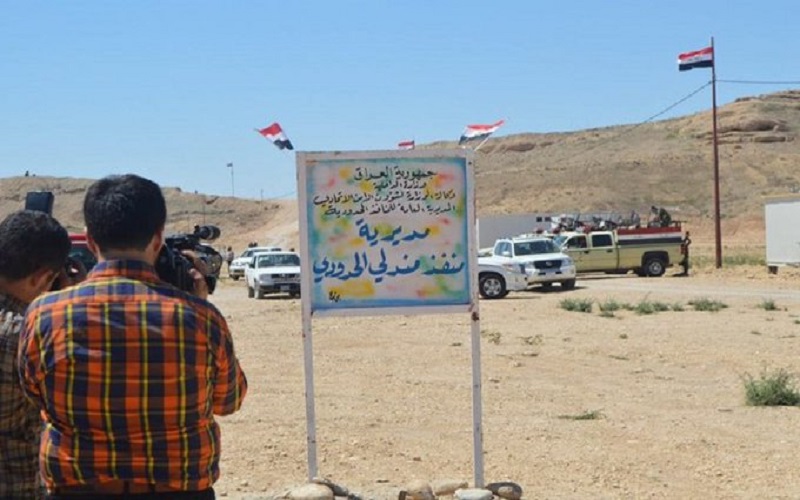 Shafaq News / The Director of Mandali District, Mazen Akram, announced, on Thursday, the partial return of commercial activities at Mandali crossing with Iran, at an average of 250 trucks, two days a week, confirming that the jobs of a thousand citizen were restored after the partial reopening of the crossing

The Iraqi government recently authorized the Federal Rapid Response Forces to secure and maintain the crossing, while Diyala Operations Command took over the crossing's administration, early this week.

The Iraqi government closed Mandali crossing, last March, due to COVID-19, and partially reopened it earlier this month.

Akram told Shafaq News agency, "the commercial caravans flocked to the unloading area of the crossing, at the rate of 250 trucks every Sunday and Wednesday, without allowing Iranian trucks to pass the borders of the crossing", adding, "more than 1000 citizens have returned to their work in the crossing, which revived the job opportunities and the living conditions of hundreds of families, in addition to other economic revenues for the residents of Mandali".

Semi-official statistics indicate that the volume of commercial exchange between Iraq and Iran through border crossings exceeds 12 billion dollars annually.