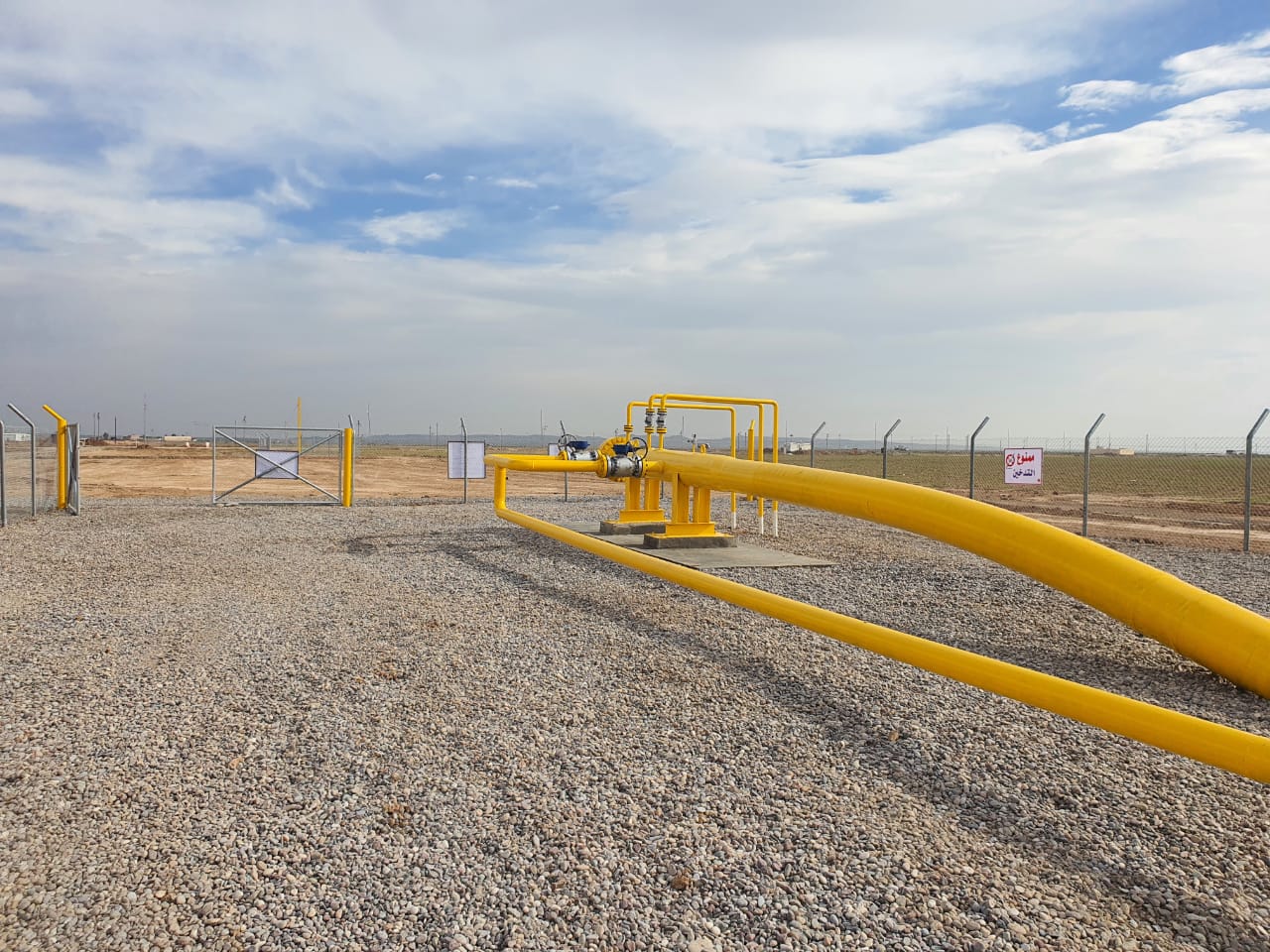 Abdul-Jabbar said that the project implemented by the Oil Projects Company and operated by the Pipeline Company is intended to supply al-Qayyarah power plant that contributes to the power production in Nineveh, praising the efforts of the technical and engineering staff that carried out the project in a record speed "in light of the health and economic conditions the country is going through."

For his part, Director General of the Oil Projects Company, Mahmoud Abbas, said, according to the statement, "The project was implemented by the Baghdad Projects Commission and the North Projects Commission in less than three months. The pipeline carries dry gas to al-Qayyarah power station. It runs 22 km long, with a diameter of 18 inches. It connects the main pipeline (Baiji-Mosul power plant) to the connection area in al-Qayyarah power plant."

"The project also includes seven pipeline crossings at major road intersections, besides some valleys and terrains," he continued.