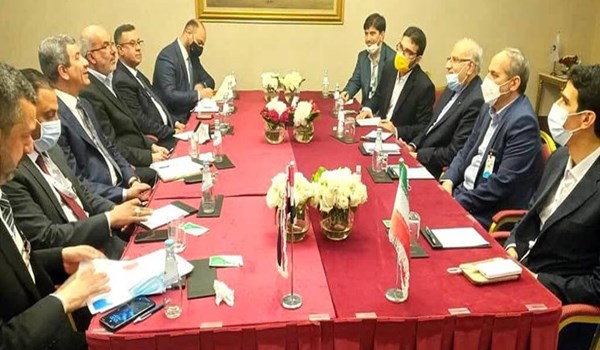 The ministry said in a statement that the two sides discussed, on the sidelines of the two-day forum of gas-exporting nations taking place in Doha, ways to enhance cooperation between Baghdad and Tehran in the field of energy.

Earlier today, the Iraqi minister of oil, Ihsan Abduljabbar, revealed that talks are taking place to receive one million tons and a half of gas from Qatar.

The minister's statement came following his meeting with his Qatari counterpart, Saad al-Dosari in Doha.

Abduljabbar said that Iraq will one of the most prominent LPG exporters in the next few years.

He discussed with al-Dosari enhancing relations between Baghdad and Doha, especially in the field of oil and gas investments.

The country is holding talks with many gulf countries, including Saudi Arabia, to import electric power.

Baghdad is also planning to import electricity from Jordan and Turkey, amid a stifling crisis and the increasing demand for electric power.