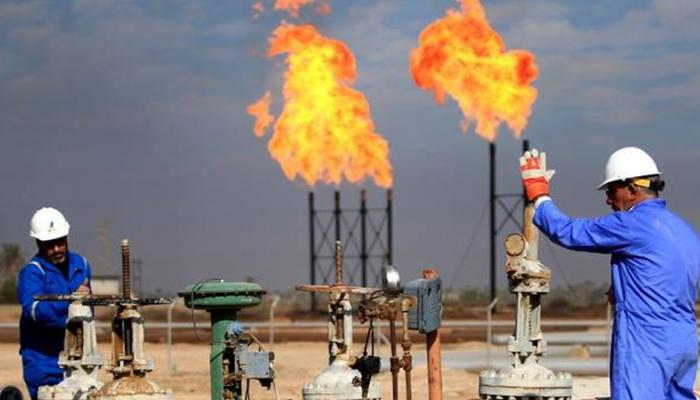 Shafaq News/ Oil held near $60 a barrel as a cold snap and power crisis in the U.S. took out around a third of the country’s crude production.

Futures in New York were steady after settling up 1% on Tuesday from Friday’s close. Freezing temperatures have caused power cuts across the central U.S., halting 3.5 million barrels a day or more of output, traders and industry executives said. That’s been offset by the more than 3 million barrels a day of refining capacity that Energy Aspects Ltd. estimates has been idled.

The crisis has spurred a rush for fuels, with U.S. gasoline futures jumping almost 5% on Tuesday. But the loss of demand from the disrupted refineries has also pushed West Texas Intermediate futures’ prompt timespread into a bearish contango structure for the first time in about a month.

While it’s unclear how long the cold snap in the U.S. will last, the impact on global prices will probably be short-lived. Crude will then go back to trading on fundamentals, with supply discipline from OPEC+ and a gradual improvement in demand as vaccines are rolled out likely to keep supporting the market. Some analysts see commodities entering a so-called super-cycle as investors use them to hedge against accelerating inflation as the global economy rebounds.

“The ongoing power crisis continues to wreak havoc in domestic energy markets with an unexpected supply crunch,” said Stephen Innes, chief market strategist at Axi. “As demand is also recovering along with the decline in Covid-19 cases, prices are expected to stay in a higher range.”

Temperatures in Texas are now low enough to freeze oil and gas liquids at the well head and in pipelines laid on the ground. They’re put under the surface in colder regions. Before the crisis, the U.S. was pumping about 11 million barrels a day, according to government data. Production in the Permian Basin alone -- America’s biggest oil field -- has plummeted by as much as 65%.

Oil slips below $45 on demand concerns

Oil is settling near its lowest level in two months