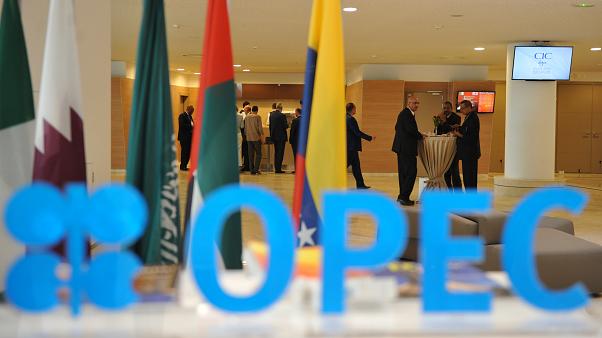 Shafaq News / OPEC and its allies agreed on Thursday to stick to their existing policy of monthly oil output increases despite fears that a U.S. release from crude reserves and the new coronavirus variant would lead to a new oil price rout.

Brent fell more than $1 after the deal was reported, trading below $70 a barrel, well off October's three-year highs above $86. Prices in November had already registered their biggest monthly decline since the start of the pandemic.

Under its existing pact, OPEC+ agreed to raise output by 400,000 bpd each month, winding down record cuts agreed in 2020 when demand crashed because of the pandemic.

The agreement to stick to that pact and to add 400,000 bpd in January, confirmed by a draft OPEC+ statement and OPEC+ sources, sent prices below $67 before they recovered some ground.

The Organization of the Petroleum Exporting Countries and its allies, known as OPEC+, have been resisting U.S. requests for speedier increases in oil output to help the global economy, fearing oversupply could hurt a fragile energy sector recovery.

Before the meeting sources said market uncertainties had prompted the group to consider options such as pausing the planned January increase or raising output by a smaller amount.

Even before concerns about Omicron emerged, OPEC+ had been weighing the effects of last week's announcement by the United States and other major consumers that they would release emergency crude reserves to temper energy prices.

Any decision to hike output by less than 400,000 bpd in January or even cutting supplies would have put OPEC in full confrontation with Washington amid already tepid relations between the United States and OPEC's leader Saudi Arabia.

OPEC+ experts said in a report seen by Reuters on Wednesday that the impact from Omicron was not yet clear, even though many countries were introducing lockdowns and other restrictions.

Baghdad proposes to host the celebration of OPEC'S 60th anniversary