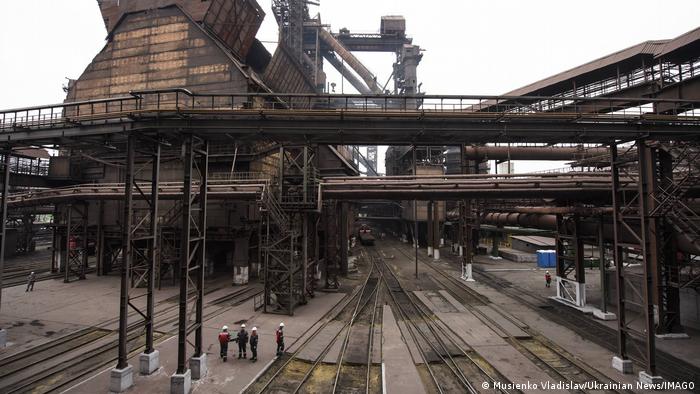 Shafaq News/ Metinvest Group advised global steel buyers on June 21 to not purchase products that originated from its Ilyich and Azovstal mills in Ukraine, saying that large volumes of the mills' steel were stolen by Russian forces from the port of Mariupol.

"Metinvest enterprises have underlined that there is a high probability of theft and smuggling of Ukrainian steel products, especially taking into consideration that the Russian company River-Sea was known to be loading the vessel RM-3 with metal products," the company said in a statement. "The enterprises have stated that they do not cooperate or coordinate in any way with the representatives of the invading country or its occupation administration, which is involved in shipping metal to the Russian Federation."

The Ukrainian steelmaker said over 234,000 mt of steel products manufactured by Ilyich and Azovstal was stored at Mariupol when Russia's invasion began. The steel was intended for export to customers in Spain, Italy, Belgium, Greece, Portugal, Turkey, Iraq and Egypt, it added.

"Ilyich and Azovstal emphasize that, under international and Ukrainian law, the armed seizure of merchant ships that were in the waters of the port of Mariupol at the time of the invasion and of Ukrainian products can be correctly described as banditry and plunder," Metinvest said.

Metinvest said it is asking buyers to reject offers related to stolen products, carefully verify every contract related to any steel products of doubtful origin, verify the validity of shipping documents, assess the certificates of origin for steel products from specific Russian and Ukrainian cities, reject suspicious contracts with Russian companies and notify Metinvest about suspicious offers.

The Ilyich and Azovstal mills have garnered attention during Russia's invasion of Ukraine as both plants served as a refuge for Ukrainian troops and civilians and have taken damage. Metinvest said during an earnings report in May that operations at both integrated mills, as well as others, would remain suspended and it was difficult to assess damages at the idled plants.

Some Indian refiners set to cut May Saudi oil, snap up Russian barrels

The EU could agree on a Russian oil price cap