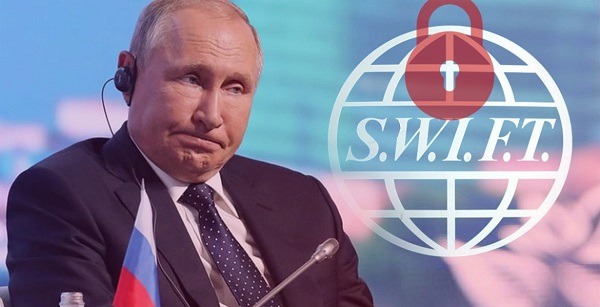 Shafaq News / Iraqi financial expert, Hilal al-Tahhan, said that US and European threats to exclude Russia from the SWIFT system might damage the anti-climate change policies.

Al-Tahhan told Shafaq News agency that it is very unlikely to exclude Russia from the Swift System, due to European countries' need for Russian gas, adding that such threats aim to make Moscow stop its attack.

He added that no other country is able to fill the gap that will be created if Russia stops exporting gas to Europe, noting that replacing gas with oil will make the countries that call for implementing anti-climate change policy get back to early states in this regard.

Russia to resume its oil and gas business in Iraq

PayPal shuts down its services in Russia citing Ukraine aggression