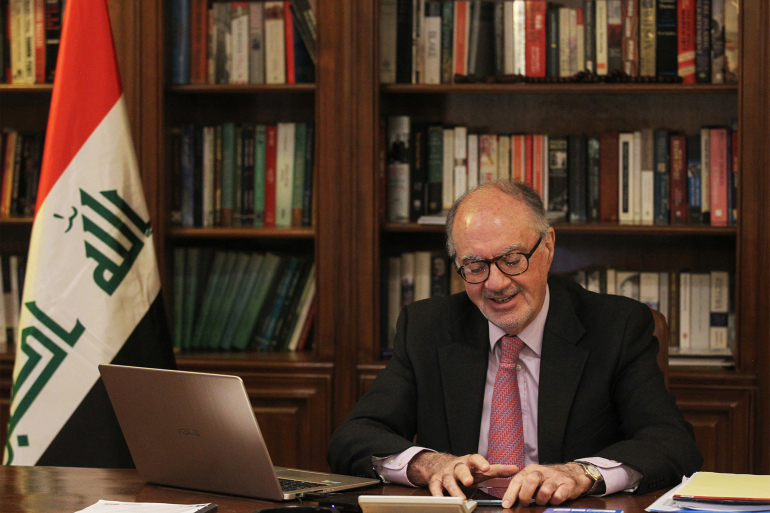 In a statement, the ministry's media office said that Allawi chaired a follow-up session on the implementation of the reform paper, attended by the Prime Minister's advisor and the Executive Director of the Economic Reform Committee, Alaa Al-Saadi, the Undersecretary of the Ministry, advisors to the Minister of Finance and several general managers, to follow up on the implementation of projects approved by the financial and economic reform plan.

The statement added that the meeting discussed the public spending project and the efforts to enhance the investment aspect with positive returns.

The meeting also discussed the study of government support for public companies and productive sectors contributing to the gross local products.

The Minister of Finance stressed, according to the statement, the continuation of efforts to maximize non-oil revenues and reducing the financial expenditures borne by the state budget, as a result of the burdens of financial support for public companies with high rates, that negatively affects the development of the rest of the productive sectors.