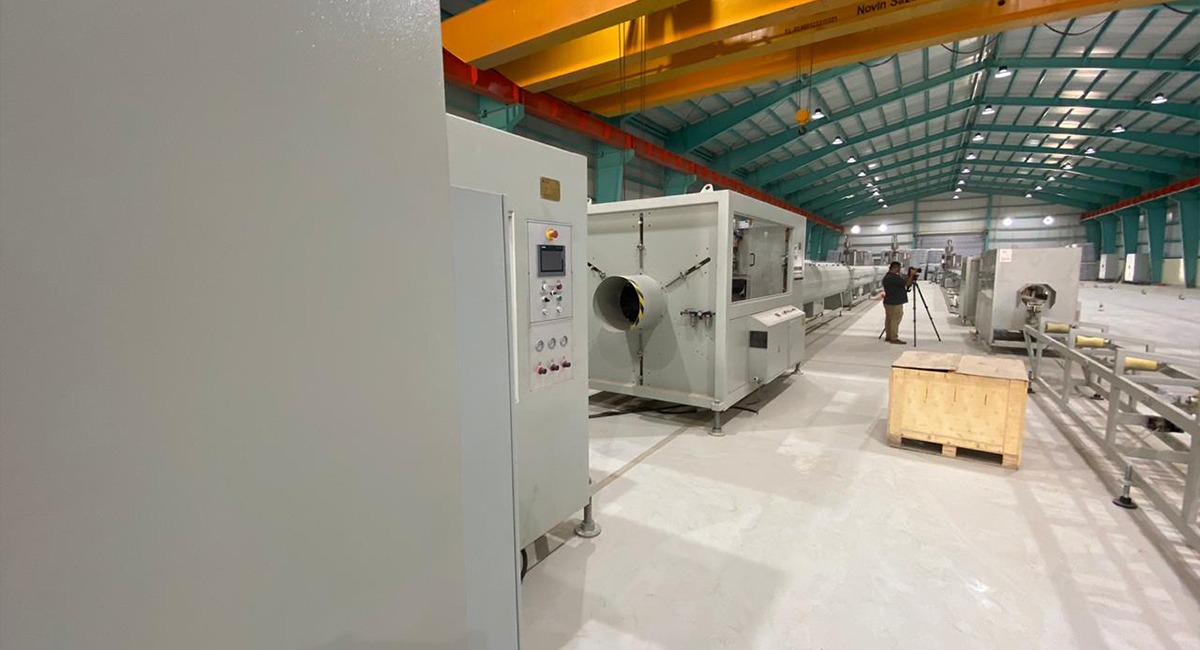 Shafaq News / The head of the Investment Authority in Basra Governorate, Alaa Abdul-Hussein, announced on Wednesday that project completion rate of "Al-Narjis plant" for industrial pipes has reached 70%, which is the highest in Iraq.

Abdul-Hussein said in a statement to reporters today, "The cost of the first phase of the project exceeds $ 5 million, while in the second phase it increases to exceed $ 10 million. It is built on an area of ​​25 dunums", indicating at the same time that, "the plant contains 5 lines to produce three tubes. One of them is to produce HDPE pipes with diameters ranging from 75 to 800 mm, while the factory contains two other production lines for producing UPVC pipes with diameters ranging from 110 to 650 mm".

He noted that this factory can cover 50% of Iraq’s requirements of pipes, "the authority is making a huge effort to support the industrial sector by providing all facilities to investors and establishing plants that provide a local product with international qualifications".

For his part, the managing director of the investing company, Hatem Al-Darraji, said, "This project, after its completion, will provide more than 100 job opportunities and reduce the import of pipes utilized in infrastructure and construction with international specifications, as well as competitive prices to support the local product".

It is noteworthy that the Investment Authority had granted investment license No. 33 of 2019 at the end of 2019 with a period of implementation of 12 months, while other investment projects granted permission by the Commission are witnessing a remarkable acceleration in completion rates.

Iraq to borrow to secure its commitments