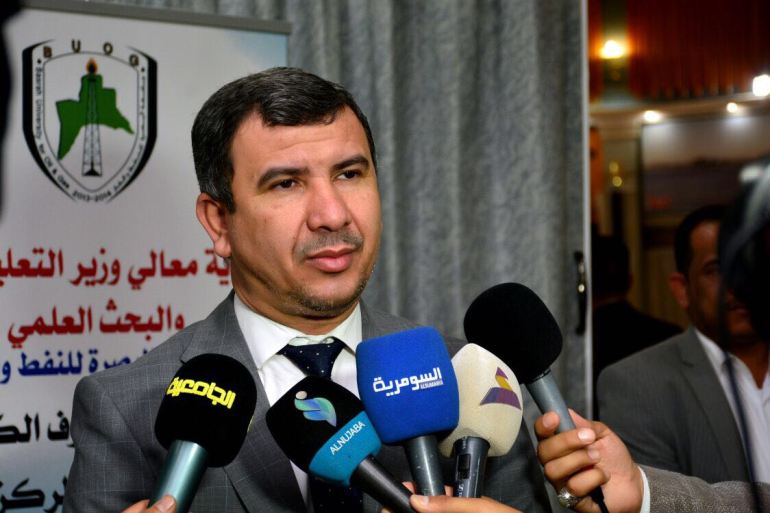 Shafaq News/ Iraq said OPEC+’s strategy of gradually raising oil production is enough to balance the market and the group has no need to be more aggressive, despite crude’s surge this year to almost $100 a barrel.

The 23-nation alliance, led by Saudi Arabia and Russia, next meets on March 2. It is factoring in growth in output from non-OPEC+ members such as Brazil and Canada and doesn’t want to see any increase in commercially-stored oil around the world, according to Iraq’s Energy Minister Ihsan Abdul Jabbar.

“The market will have more and more oil so we think there’s no need” to diverge from today’s strategy, he said in an interview in Qatar, where he’s attending a natural gas conference. “We will not create any growth to the commercial storage. We will secure all the demand by making the required supply.”

“We won’t do anything extraordinary at this time because we are expecting at lot of production” from outside of OPEC+, Sylva told reporters at the same event. There’s “no need at all to bring on more barrels than the current plan.”

Several of OPEC+’s biggest producers want to continue to add 400,000 barrels a day of crude to the market each month, Bloomberg reported on Monday.

Iraq’s Jabbar said the Organization of Petroleum Exporting Countries and its partners will make their decision for April at the March meeting, after reviewing fresh data on supply and demand.

Brent crude rose 2.3% to $97.60 a barrel as of 3:32 p.m. in Singapore, extending this year’s jump to 26%. Tuesday’s gain came after Russian President Vladimir Putin announced he’s recognizing two self-proclaimed separatist republics in eastern Ukraine and plans to send “peacekeeping forces” to the region in a dramatic escalation of the conflict. Moscow has consistently denied having plans to invade Ukraine.

Some major oil importers have called on OPEC+ to pump faster and put pressure on the likes of Saudi Arabia to use up some of their spare capacity.

Jabbar said it would be “unfair” for any OPEC+ state to raise output beyond its quota, despite many members struggling to reach theirs. Last week, the International Agency Energy Agency, which advises rich countries, said OPEC+ was pumping almost 1 million barrels a day below its target.

“We have come from the recovery from Covid,” the Iraqi minister said. “It is not fair that you will give the increase just for some countries.”

Iraq undershot its output target last month because of bad weather at ports, Jabbar said. The country should meet its quota for February of around 4.3 million barrels a day, he said.