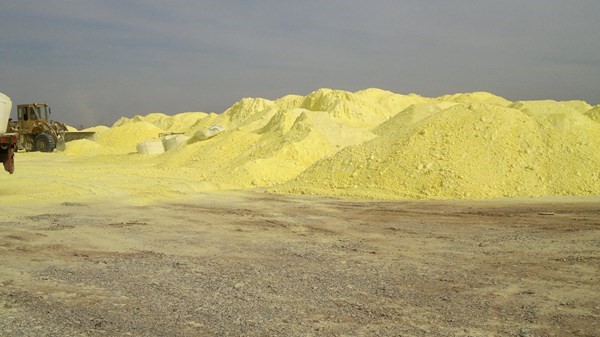 Shafaq News / The General Director of the "General Mishraq Sulfur Company ", Abdul-Moneim Naïf Al-Jubouri, estimated Iraq to have more than half of the world's proven reserves of sediment sulfur.

He pointed out that "the Company was looted during the war on Iraq, therefore, the production line of filtered sulfur has stopped since 2003."

"Last year, the Company has drawn up a plan to restart the sulfur production line by setting up the refining plant, and we are in the process to restart the work,” he said.