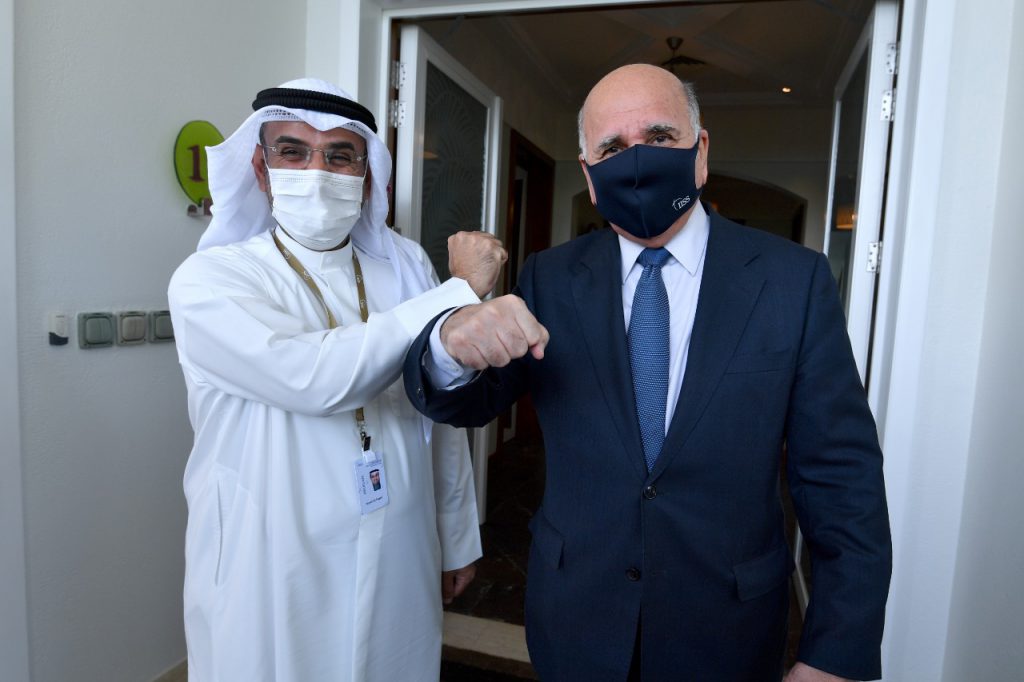 Shafaq News / The Iraqi Minister of foreign affairs, Fouad Hussein, called on Sunday to form a committee to follow up on the outcomes of the Kuwait Donors Conference.

"Hussein discussed with the Secretary-General of the Gulf Cooperation Council Nayef Falah Mubarak Al-Hajraf several issues, and called for the need to form a committee to follow up on the outcomes of the Kuwait donor conference," the Ministry’s spokesman, Ahmed Al-Sahaf, said.

Hussein stressed, "the need for coordination with the World Bank, and to create a mechanism for joint work with the Cooperation Council."

Two years have passed since the Kuwait International Conference for the Reconstruction of Iraq with the participation of more than 70 countries, which pledged to provide huge sums of money totaling $ 30 billion, as well as investments, reconstruction projects and support for areas devastated by the military operations against ISIS.

Iraqi officials and experts confirm that the majority of these countries did not fulfill their obligations and commitments.