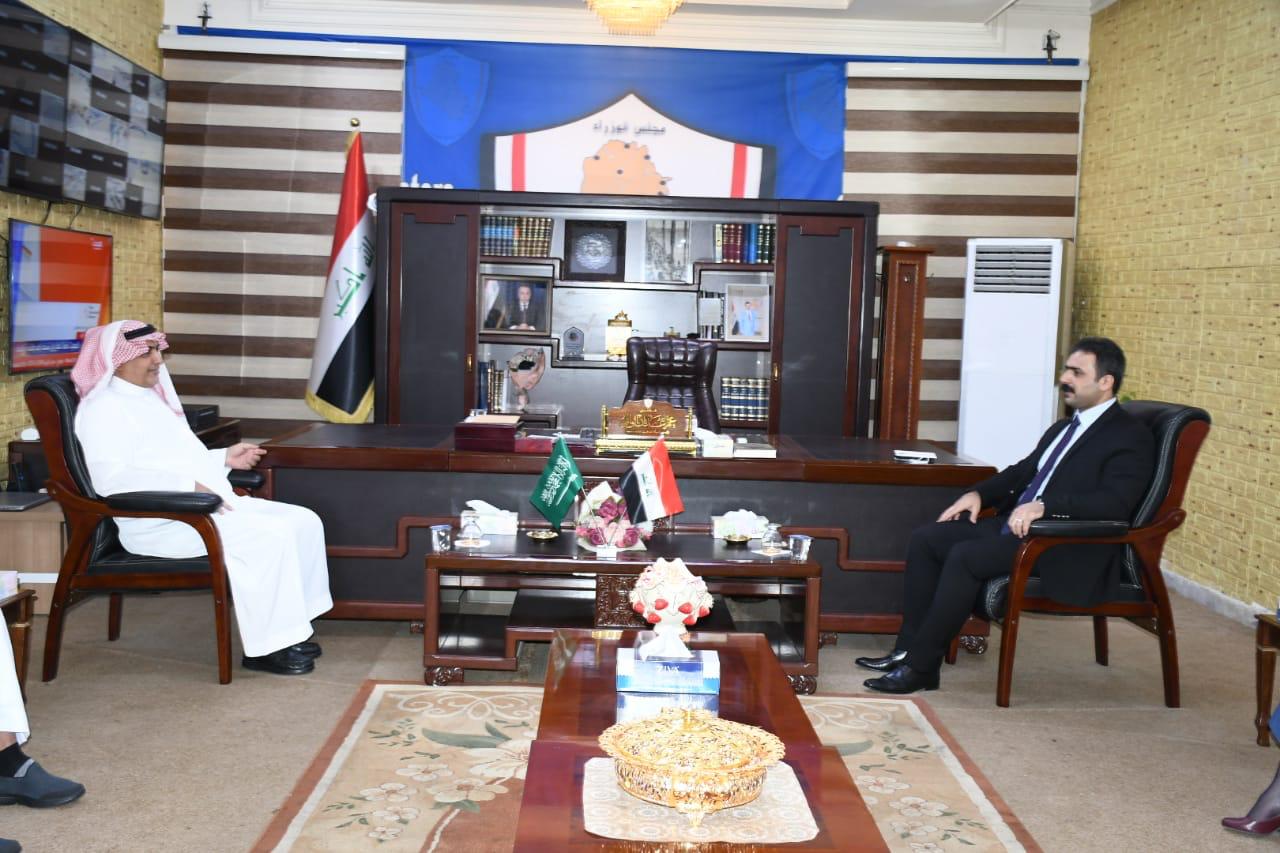 Shafaq News / The head of the Border Ports Authority and the Saudi ambassador to Iraq discussed, today, Wednesday, the preparations taken to open the Arar border crossing between the two countries soon, while the Saudi ambassador indicated the Kingdom’s intention to expand the commercial cooperation by opening other border ports.

The media of the Border Ports Authority said, in a statement received by Shafaq News Agency that the head of the authority, Omar Adnan Al-Waeli, received in his office today the Saudi ambassador to Iraq, Abdulaziz Al-Shammari, "to discuss the procedures and preparations taken to open the Arar border crossing in front of the commercial movement between the two countries."

The statement added that Al-Waeli stressed "the depth of the historical relations between the two countries at various levels, appreciating the role of Saudi Arabia in this achievement through equipping the border crossing with integrated infrastructure."

Al-Waeli added, "The opening of the port for commercial traffic between the two countries in the next few days will have economic benefits for both parties."

The statement added that the Saudi ambassador expressed, for his part, "the Kingdom of Saudi Arabia's happiness to expand the f commercial cooperation by opening other border crossings and that it is under serious consideration by the Saudi leadership."

It is worth noting that the Saudi-Iraqi relations, even economic ones, have not gone well since 2003, and the port of "Arar", the only border crossing between the two countries, remained suspended throughout that period despite its importance.

Inflation rate in Iraq rises by 0.3%