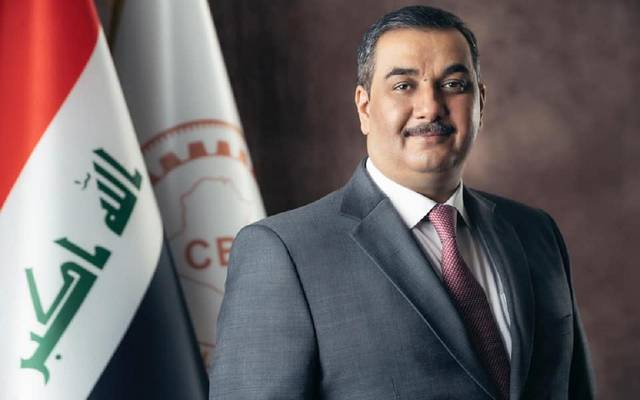 Shafaq News / The Governor of the Central Bank of Iraq, Mustafa Ghaleb Mukhaif, on Sunday, said that the finance ministry holds the responsibility for lowering the value of dinar by a significant rate, considering the issue directly affected the Iraqi market.

"The Ministry of Finance requested to increase the the exchange rate to dinar against the dollar, which caused market turmoil, but still, the situation is still under control" he said in an interview on Al-Iraqiya channel.

The governor concluded, "The high exchange rate has an unintended effect on people in poverty whom the Ministry of Finance is responsible for supporting them."

He called on the Ministry of Finance to "enhance the customs and border crossings to secure the more revenues.”

Iraq’s central bank increased the sale price of U.S. dollars to banks and currency exchanges to 1,460 dinars, from 1,182 dinars, seeking to compensate for a decline in oil revenue due to low crude prices, the bank said on Saturday.

The central bank of Iraq said the key reason behind the dinar’s devaluation was to close the gap of widened 2021 budget inflation after a collapse in global oil prices, a major source of Iraq’s financial resources. For his part, the head of the State of Law Coalition, Nouri al-Maliki, warned on Sunday of the "serious catastrophic" repercussions threatening the state and society due to the devaluation of the local currency, demanding that the government have a role in protecting the citizen, which will result from this measure.

For its part, Nuri Al-Maliki, the former Iraqi PM said in a tweet that devaluating the Iraqi dinar must take into account the citizens’ economic situation, as this step would self-inflict destructive repercussions on economy. It would be catastrophic, if it is not accompanied with intervention from the government to help people.

CBI sales drop by +76% at the Foreign Exchange Auction

Slight rise in the U.S. dollar exchange rate in Baghdad and Erbil