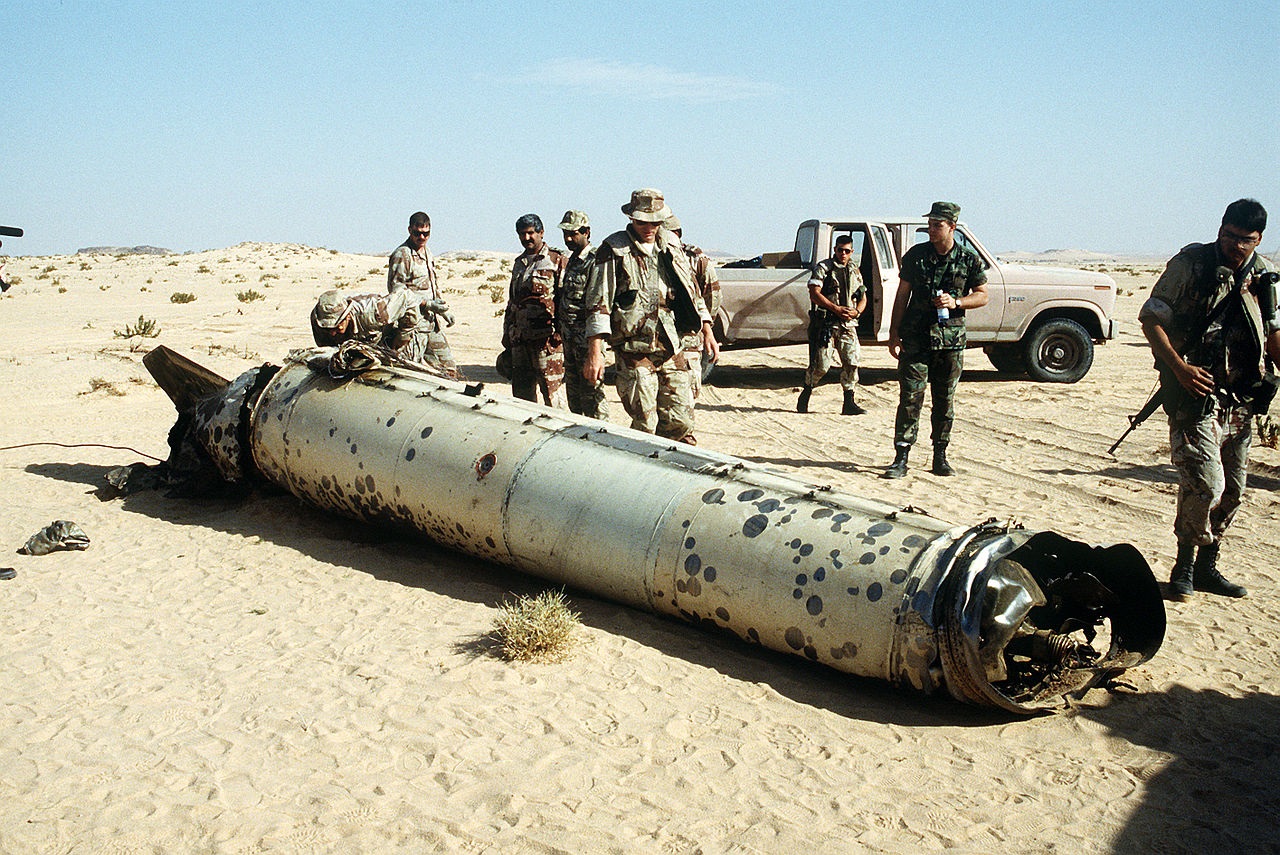 Shafaq News/ Originally developed by the Soviet Union during the Cold War, the Scud tactical ballistic missile gained notoriety in the West following the 1991 Persian Gulf War when Iraqi forces fired dozens at Israel and Saudi Arabia. The Scud family of short-range, liquid-fueled missiles comprised the backbone of Iraq’s weapons arsenal throughout the Iran-Iraq War and subsequent Gulf Wars.

Responsible for the deaths of twenty-eight U.S. Army reservists, the Scuds posed a critical threat to Iraq’s adversaries. The Pentagon spearheaded a “Scud-hunting” effort led by the 1st Special Forces Operational Detachment-Delta (1st SFOD-D), also known as the Delta Force, to take out Iraq’s missile capabilities. By the end of the Gulf War, Scuds were responsible for the majority of the U.S.-led coalition deaths outside Iraq and Kuwait.

Scud missiles were first developed by the Soviets in the mid-1960s. Originally designed to carry a 100-kiloton nuclear warhead or a 2,000-pound conventional warhead, the missile possessed the potential to hold weapons of mass destruction (WMD). The first operational use of Scud missiles occurred during the 1973 Yom Kippur War, a three-week-long armed conflict between Israel and a coalition of its Arab neighbors. The Soviets delivered the missiles to its Egyptian ally and trained its forces on how to operate the systems.

Iraq acquired the Scud technology shortly after, as part of Saddam’s ambition to dominate the Middle East region militarily. The Iraqi leader prioritized its ballistic missile arsenal’s ability to reach deep into the territories of its adversaries, including Israel and Iran.

Iraq first employed Scud-b missiles during its grueling eight-year-long war with Iran in the 1980s. Iraq’s military, led by Ba’athist President Saddam Hussein, was the first to use ballistic missiles during the war with the newly installed Islamic Republic of Iran. A barrage of Scud-B missiles killed 21 civilians at Dezful in 1982, marking Iraq’s first attack using this weapon. During the eight-year-long war, Iraq fired approximately 350 ballistic missiles.

By the onset of Iraq’s invasion of Kuwait in 1990, Saddam’s forces were able to deploy a series of domestically-modified extended range versions of the Soviet Scud-B missile. According to a Naval Institute Press publication, “The Iraqis modified Scuds for greater range, largely by reducing warhead weight, enlarging their fuel tanks and burning all of the fuel during the early phase of flight (rather than continuously). Such a Scud, therefore, came down with a relatively heavy warhead and a heavy motor, separated by the light empty fuel tank. It was structurally unstable and often broke up in the upper atmosphere. That further reduced its already poor accuracy, but it also made the missile difficult to intercept, since its flight path was unpredictable.”

The advanced Scud’s lethality became a concern for the U.S.-led coalition fighting Iraq during the Gulf War. In 1991, a Scud missile fired by Iraq struck a U.S. military barrack near Dhahran, Saudi Arabia, and killed twenty-eight Army reservists. The Pentagon assigned Delta Force to locate and destroy Iraq’s mobile Scud launchers, which was challenging since Iraq’s military would constantly move and camouflage. Ultimately, the mission ended quickly as the U.S.-led Operation Desert Storm mission concluded six weeks after it began in February 1991.

Iraq, KSA are helping Europe overcome a pivot away from Russian oil