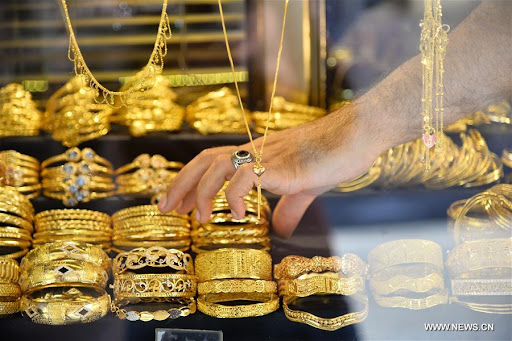 Asian shares rallied, as fears of a Russian invasion of Ukraine this week dissipated after Moscow indicated it was returning some troops to base from exercises.

Looking ahead, the more fungible dollar is the preferred safe haven to gold among core investors and could fall on any further de-escalation in the Ukraine crisis, prompting a rally in gold and vice-versa, said Michael Langford, director at corporate advisory AirGuide.

A dip in U.S. Treasury yields decreased the opportunity cost of holding non-interest-paying bullion and kept the metal supported.

The U.S. Federal Reserve will kick off its tightening cycle in March with a 25 basis-point interest rate hike, a Reuters poll found, but a growing minority says it will opt for a more aggressive half-point move to tamp down inflation.

"Besides weekly momentum indicators and buying the 'dip' indicating that the path of least resistance is higher, most traders do expect higher volatility to be a main-stay of gold markets going forth as rumours and market whispers increase," Phillip Futures analyst Avtar Sandu said in a note.