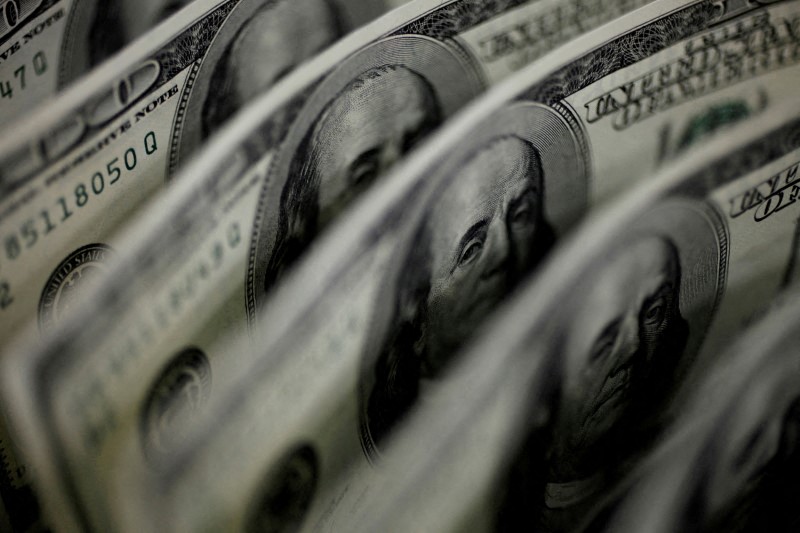 Shafaq News / The dollar slid to its weakest since mid-November against major peers on Wednesday, after Federal Reserve Chair Jerome Powell said it may take several months to make a decision on running down the central bank's $9 trillion balance sheet.

In testimony at his renomination hearing on Tuesday, Powell said the U.S. economy was ready for higher interest rates and a runoff of its asset holdings - dubbed quantitative tightening (QT) - to combat inflation. But he said policymakers were still debating approaches to reducing the Fed's balance sheet, and that it could sometimes take two, three or four meetings for them to make such decisions.

Powell's comments were less hawkish than those of some of his colleagues, allaying market fears for a sudden withdrawal of monetary support.

"While Powell didn't really push back on market pricing around expected Fed rate hikes, we've certainly seen relief play out across markets" after he "tried to remove a belief that they are stuck on a set path," Chris Weston, head of research at brokerage Pepperstone, wrote in a note to clients.

"Risk is buoyant," weighing on both the dollar and the safe-haven yen, he said.

The dollar index, which measures the greenback against six major peers, dipped to 95.543 in the Asian session, the lowest since Nov. 18.

U.S. consumer inflation data is due later in the global day, with headline CPI seen coming in at a red-hot 7% on a year-on-year basis, boosting the case for an early increase in rates.

Money markets currently price about 85% odds of a rates lift-off by March, and a total of at least three quarter-point hikes by year-end.

The dollar appears to be suffering from "fatigue" after rallying hard in the six months to late November amid the Fed's hawkish tilt, Ken Cheung, a strategist at Mizuho Bank, wrote in a research note.

The dollar rally could take a break until other major central banks have laid out their own policy roadmaps in response to the Fed's aggressive tightening cycle, he said.

The Dollar exchange in the Iraqi markets

Turkish lira hits highest value against US dollar in 6 months

US dollar exchange rate in Iraq and Kurdistan