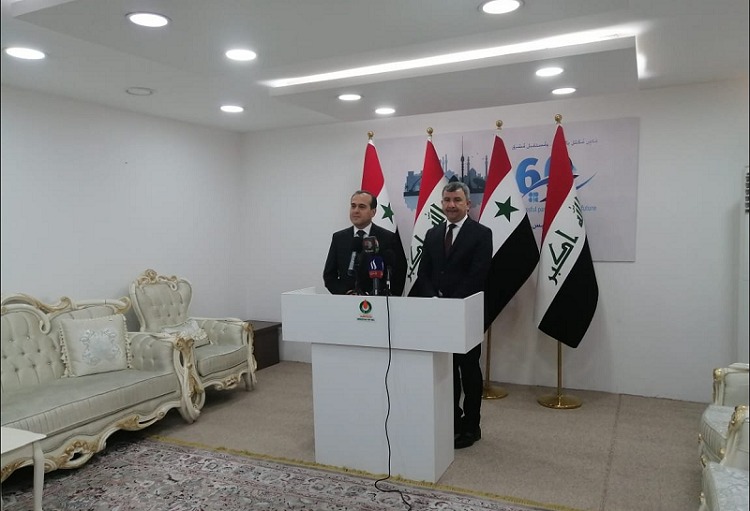 Shafaq News/ Baghdad will conclude an "Eminent" contract with Damascus to export Syrian gas in an attempt to compensate for the plummeting Iranian supply ahead of Summer.

The Iraqi Minister of Oil, Ihsan Abdul-Jabbar, said in a joint press conference with his Syrian counterpart, Bassam Tohme, "the [Natural] gas file was on the top of the agenda of the meeting with the Syrian delegation," hinting to, "a prominent agreement with the Syrian side to import Syrian gas to Iraq."

Baghdad is racing the clock to maintain its needs from gas required to operate power plants in the country ahead of summer.

The "eminent" agreement with Syria coincides with a visit of the Iraqi Ministrer of Electricity, Majed Mahdi Hantoosh, to Iran next week to discuss the consequences of reducing the gas supplies in Iraq.

Dinar/Dollar's rates inched up in Baghdad and Erbil