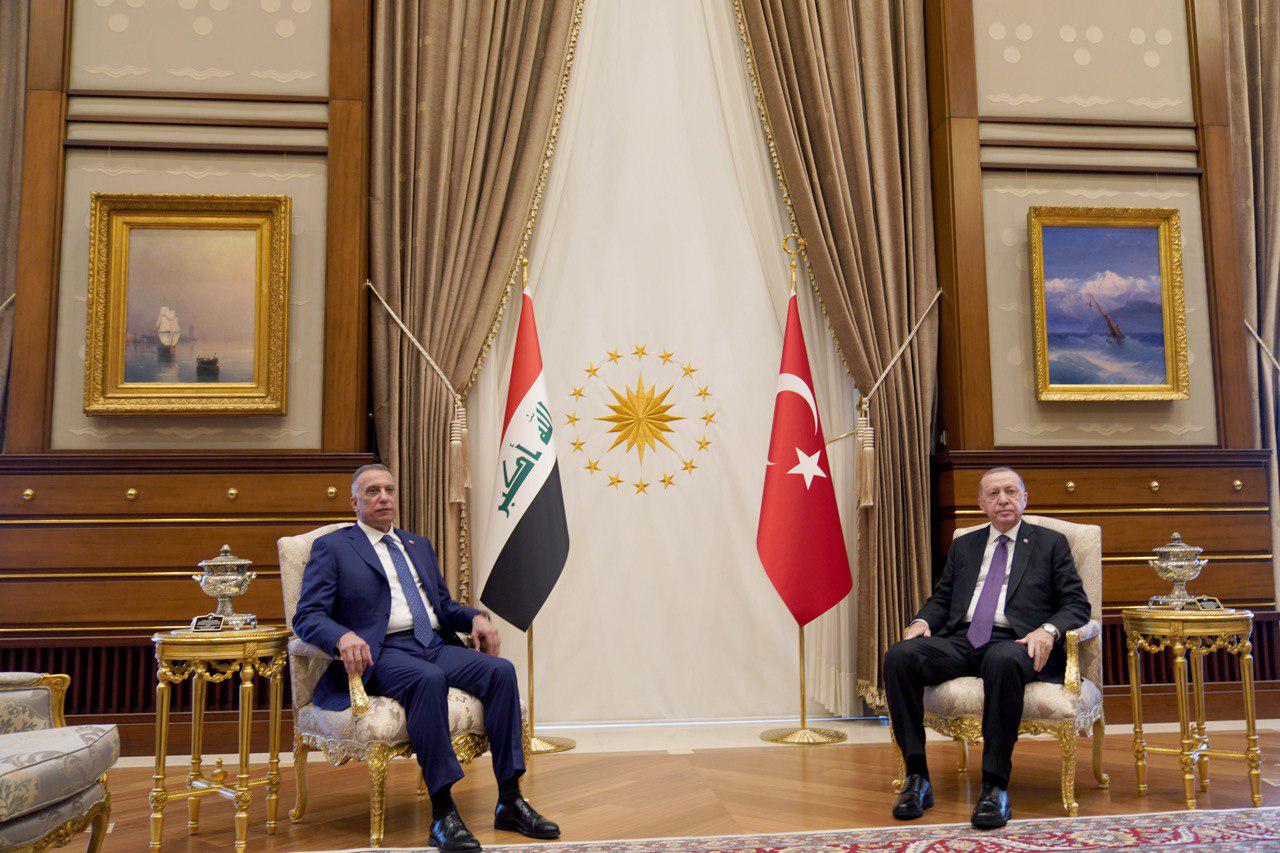 According to a statement issued by Al-Kadhimi's office, both parties discussed bilateral relations between the two countries, ways to develop them in various fields, and reviewed several files issues of common concern", adding, "the meeting also discussed ways to enhance economic cooperation between Baghdad and Ankara, as well as inviting Turkish companies to invest in Iraq in various sectors."

Al-Kadhimi arrived in Turkey this morning, heading a high-ranking delegation on a one-day official visit. He will hold meetings and discussions with the Turkish President and several Turkish officials, dealing with bilateral relations and discussing several issues and files.

After Berlin.. Al-Kadhimi heads to London

Al-Kadhimi: we have reached common understandings with the Parliamentary Finance Committee