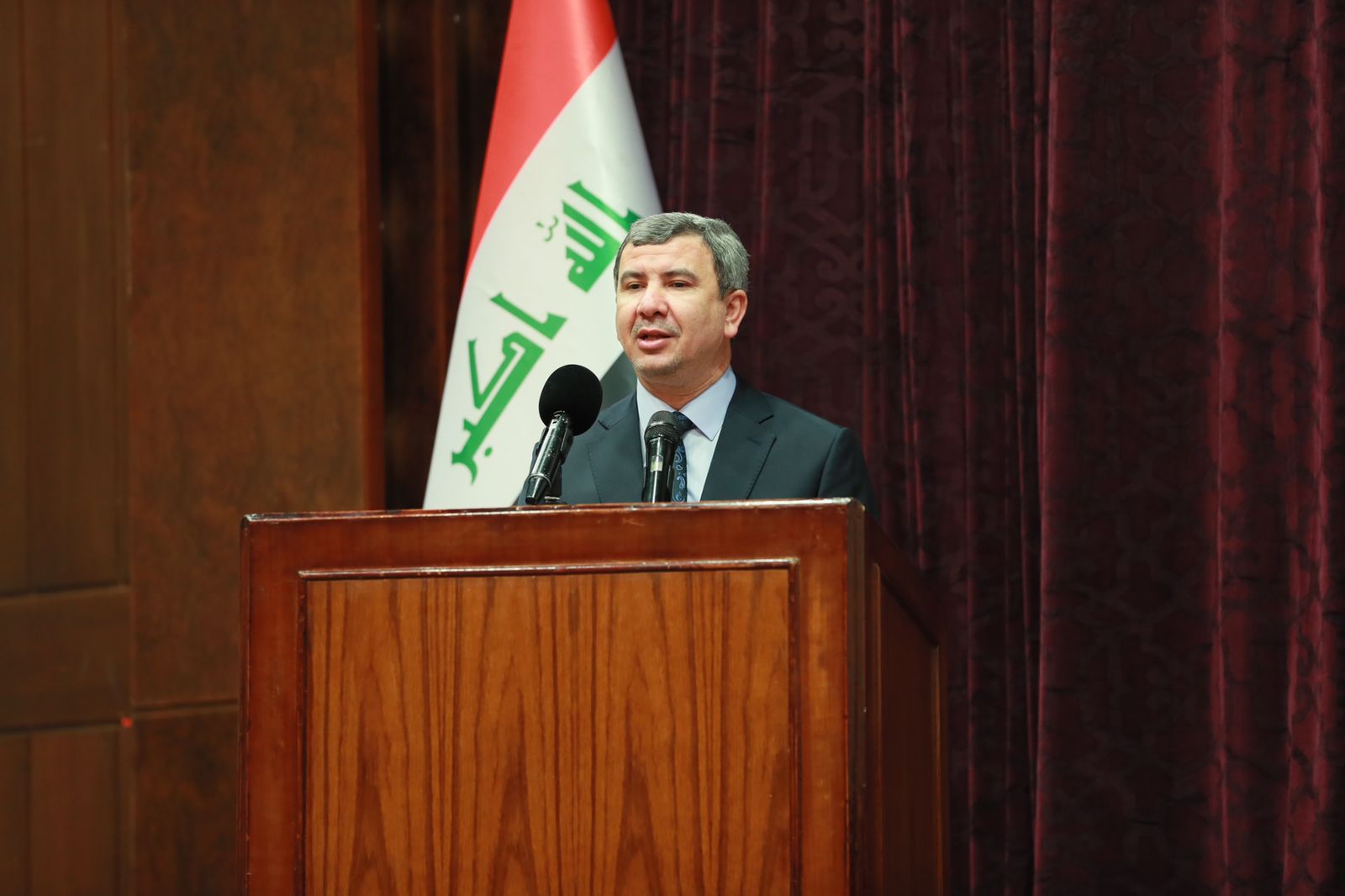 Minister Ismail's statements came during a speech he delivered during a ceremony to celebrate coining a contract to drill 96 oil wells in West al-Qurna/1 oilfield in Basra, far south of Iraq.

Ismail said that the directional boring increases productivity and generates higher revenues, stressing that the Ministry spares no effort to boost the oil and gas industry by adopting advanced technologies and supporting scientific research.

The Ministry of Oil's Undersecretary, Hamed Younes, said that directional boring covers more area and reduces the water level in the oil wells, commending Schlumberger's expertise in this regard.

The Deputy Director-General of the Basra Oil Company, Hasan Muhammad, said that the contract with Schlumberger encompasses boring 96 oil wells via horizontal or slant techniques in West al-Qurna, and boosting the production in west al-Qurna to 800,000 barrels per day (bpd) by 2027.

"The project is pivotal for developing the oil production capacity of Basra and providing job opportunities," he said.

The Vice President of Schlumberger, Saad al-Damen, said that the contract will add 200 thousand bpd to the production capacity of the oilfield.

"The company will organize workshops on the digital administration applications to the officials and workers in the oil sector," he added.

Iraq exported 11,000 oil barrels to Jordan in daily May, $15 below market price