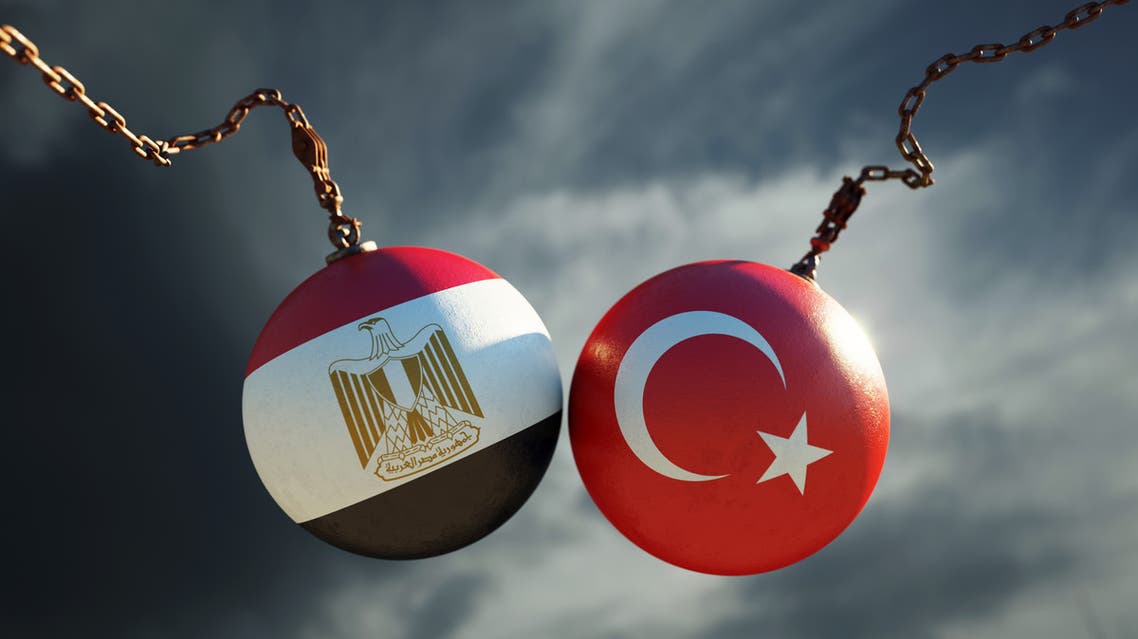 “We have contacts both at the level of intelligence and foreign ministries with Egypt. Diplomatic-level contacts have started,” Turkey's Foreign Minister Mevlüt Çavuşoğlu said in an exclusive interview with Anadolu Agency and TRT.

Çavuşoğlu said neither Egyptians nor Turks have sought pre-conditions for the talks. “But it’s not that easy to move on as if nothing has happened after years of broken ties,” he said.

He said having a lack of trust is also normal in such situations and may occur for both parties.

“For this reason, negotiations take place and continue under a certain strategy, road map,” Çavuşoğlu said.

On Saudi Arabia, “There is no reason to not fix ties with Saudi Arabia. If they take a positive step, so would we,” Çavuşoğlu said, according to Anadolu. “The same thing applies to the United Arab Emirates as well.”

Relations between Turkey and Egypt soured after Egyptian President Abdel-Fattah El-Sisi toppled the country’s Islamist leader, Mohamed Mursi, in 2013. Since then Egypt and Turkey have also clashed over issues including maritime claims, Libya and Iraq.

On the US offer to the Turkish government to host a senior-level meeting between the Afghan government representatives and the Taliban in the coming weeks to finalize a peace agreement, Çavuşoğlu said Turkey had been involved in the process since the beginning.

Last week, US Secretary of State Antony Blinken, in a letter to Afghan President Ashraf Ghani, said Washington intends to ask the UN to convene foreign ministers and envoys of Russia, China, Pakistan, Iran, India, and the US to discuss how to promote peace in Afghanistan.

Turkey is trusted by both parties of the negotiation, Çavuşoğlu said, and noted: “Both the Taliban and the negotiation delegation, meaning the government side, had asked us to host such a meeting before.”

He stressed that Turkey would also appoint a special envoy for Afghanistan to contribute to the process.

Çavuşoğlu added that the meeting will not be an alternative to the Qatar process but will be a supporting one.

“We will do this [meeting] in coordination with brotherly Qatar,” he said, adding that the aim is to make the negotiation continue in a result-oriented manner.

Cavusoglu said he believes that Turkey will contribute significantly to the meeting, which is planned to be held in Istanbul in April.