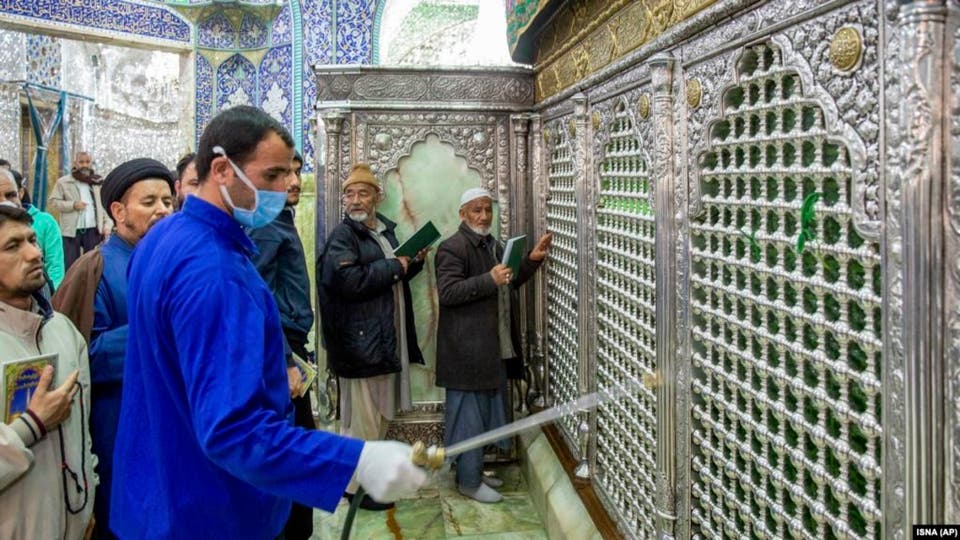 Shafaq News / Iranian activists released videos showing a number of visitors to Qom city, who "kiss and lick" the shrines in religious sites, believing that they are challenging Corona virus.

One of the men appeared in a video spread on the communication sites, said "I don't care about Corona, they say that this shrine may transmit the virus to us because of the possibility that someone might be infected but I don't care, I want to be infected then."

These scenes sparked widespread criticism on the networking sites.

This comes after a number of clerics in Iran warned about these actions, especially after the rise in the number of casualties in Qom.

It should be noted that the Iranian authorities imposed on Wednesday evening, restrictions on freedom of movement within the country for persons infected with or suspected of having the newly infected Corona virus.

My name is Charles Darwin and I aprove this message. https://t.co/pA5aXVeWSM