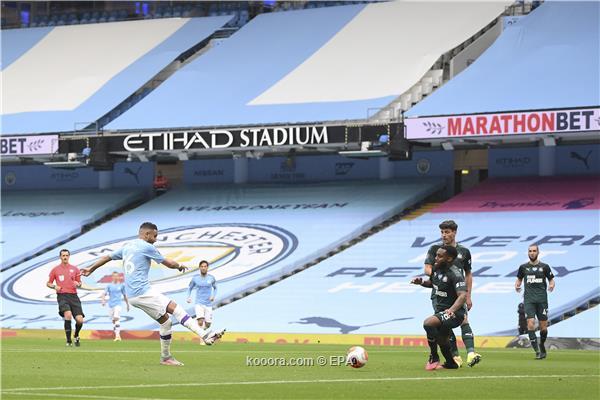 Pep Guardiola's side bounced back from Sunday's 1-0 defeat to Southampton by overpowering Newcastle's defense with Gabriel Jesus and Riyad Mahrez scoring in the first 21 minutes.

The result let Manchester city in second place with 69 points, while Newcastle stayed in the 13th place with 43 points.