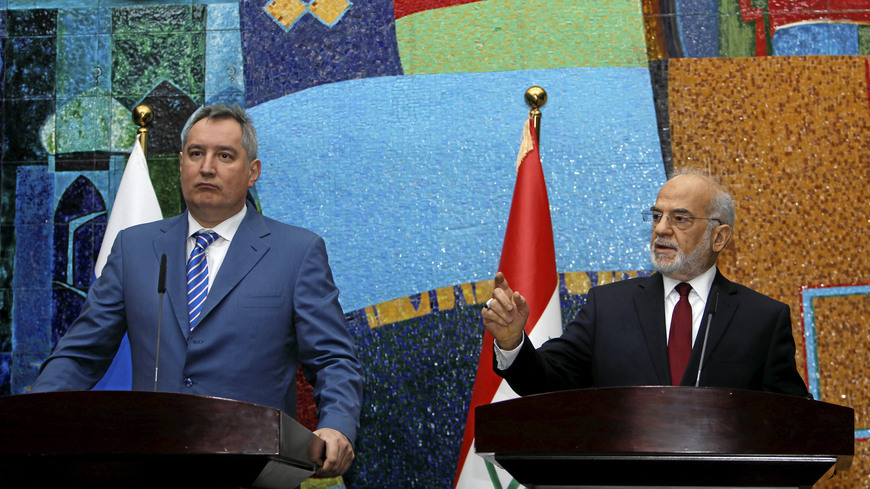 The results of the May 12 parliamentary elections in Iraq are being carefully assessed in Moscow in terms of the impact the results may have on Russia’s relations with Iraq.

The Russian Foreign Ministry praised the elections as a “landmark on the road to stabilization in the country,” adding it hopes that “a new representative, legally competent government will be formed in Iraq in the near future.”

“On our behalf we will be ready to continue granting friendly Iraq effective support in resisting international terrorism and make a specific contribution to the further continuation of versatile Russian-Iraqi cooperation,” the official statement from Moscow read.

At first glance, the Sairoon Alliance of Muqtada al-Sadr, which won a plurality of seats, doesn’t have substantial contacts with Moscow. This, however, doesn’t mean Sairoon’s parties cannot work on building them. What is needed at this point, as seen from Moscow, is to patiently observe the process of formation of the new Iraqi government, where the alliance is encountering some problems. Sadr’s statements on the need to build pragmatic ties with other players on the Iraqi scene indicate that the influential Shiite cleric may maintain a similar approach on the foreign policy front if it forms the next government. If this proves to be the case, there is a good opportunity for Moscow to not only keep its current level of contacts with Baghdad, but develop them further.

The problem of Sadr and his coalition is seen as having to do with a number of intertwined factors that may influence the future formation of Iraqi foreign policy priorities. First, the Sairoon Alliance failed to win the absolute majority necessary to exclusively promote its own agenda. This has pushed Sadr to maneuver, seeking reconciliation with other forces, and ultimately making concessions. Second, Sairoon is rather diverse. In many ways this diversity of composition helped it get the votes it did, but it also signals the flaws of the coalition. Different driving forces within the alliance — the Iraqi Communist Party, for instance — may not agree among themselves but they are each capable of advancing their own interests as opposed to the “general line.” Third, whenever a strongman emerges in Iraqi politics, other political players seek ways to restrain his capabilities and Sadr should be aware of this. In terms of Iraqi foreign policy activity, this means keeping multiple vectors and orientations toward several global and regional power centers at the same time.

It’s erroneous to think that the leftists in Sadr’s coalition would be the most helpful in promoting Russian-Iraqi ties. The most important element here, as seen from Russia, is that the presence of secular forces in the coalition would have a positive impact on Iraq’s domestic agenda.

For Iraqis, regardless of their political views, having Moscow as one of these vectors is beneficial. Russia’s influence in the country is rather limited and thus doesn’t raise serious concerns. Besides, Russia is seen by many as useful when it comes to military-technical cooperation.

The head of Sadr’s office, Ibrahim al-Jabiri, told Russia’s RIA news agency May 15, “We will be working on increasing our country’s defense capabilities and law enforcement to protect it from foreign and domestic threats.”

Asked about his vision for the future with Russia, Iran and the United States, he said, “We have excellent relations with Russia as well as Iran. We have had an offensive campaign against occupational forces, the US government, but we are not against the American people. We will not allow any state — be it a regional or some other — to interfere in the domestic affairs of Iraq.”

Sadr’s background and views suggest he will not be an easy partner for Russia. Yet his pragmatism and sober-mindedness may prove to be the qualities needed to produce the best results.

During one of the first meetings Russian Ambassador Maxim Maximov had upon his arrival in Baghdad in 2017, Iraqi legislator Hakim al-Zamili praised Russia’s role in supporting the Iraqi government in the war against the Islamic State (IS). Zamili, who heads parliament's Defense and Security Committee and is closely associated with the Sadrists, also spoke of “the need to develop friendly relations between the two countries, building bridges of cooperation in the economy and service sector.”

In February, Zamili made another statement that drew the attention of many regional states as well as the United States. Speaking of Iraq's right “to own cutting-edge weapons to defend its territory and airspace from air attacks" in the face of IS’ potential use of aircraft for attacks on holy places, he said, “Iraq intends to possess such a system as the S-400 to defend the land, shrines and airspace. We are serious about that." Iraq’s ambassador to Russia, Haidar Mansour Hadi, later denied that Moscow and Baghdad were discussing the matter. But the very fact that such an idea was brought up makes one believe there is space to grow for the relations between the two in this sphere.

A development to watch is the way relations would function at the institutional level, given the shifts in the two governments.

Until days ago, Russia’s Deputy Prime Minister Dmitry Rogozin and Iraqi Foreign Minister Ibrahim al-Jaafari had been co-chairs of the Russia-Iraq intergovernmental commission for trade, economics and scientific-technical cooperation. Yet following the presidential election in Russia, Rogozin was moved to the position of general director of the Roscosmos State Corporation for Space Activities, which means a new person may take over as co-chair on the Russian end. In turn, Jaafari’s position as a foreign minister is also precarious with all the associated possible changes on the Iraqi side.

Russia and Iraq, however, have amassed a fair deal of bilateral interaction and, by and large, share a vision for regional affairs. While new appointments on both ends may necessitate some amendments to the way bilateral institutions function, they are unlikely to produce drastic changes.

Besides, Russian energy companies such as Gazprom Neft and Lukoil continue to work on Iraq’s largest oil deposits, which is positively assessed by Baghdad. All of the above makes Moscow believe the government that will eventually be formed in Iraq is unlikely to give up the idea of purchasing Russian arms, receiving support in developing oil fields and implementing reconstruction projects.

The only issue that may require a serious solution is the status of Rosneft in Iraq. Yet another sign of the corporation’s long-term interest in operations in Iraq came May 23, when Rosneft released information that its subsidiary Bashneft International B.V. had discovered a new oil deposit named “Salman” in southwestern Iraq. The exact reserves were not disclosed, yet the company said it sees the discovery “as an important milestone in the development of oil upstream abroad.”

The new deposit is potentially going to be yet another item on the bilateral agenda. Moscow, hence, will stay the course of steady and systematic engagement of all Iraqi players and, most importantly, state institutions, while Iraq will continue to see Russia’s value in a different sphere — all to construct an even more solid basis for further relationship.