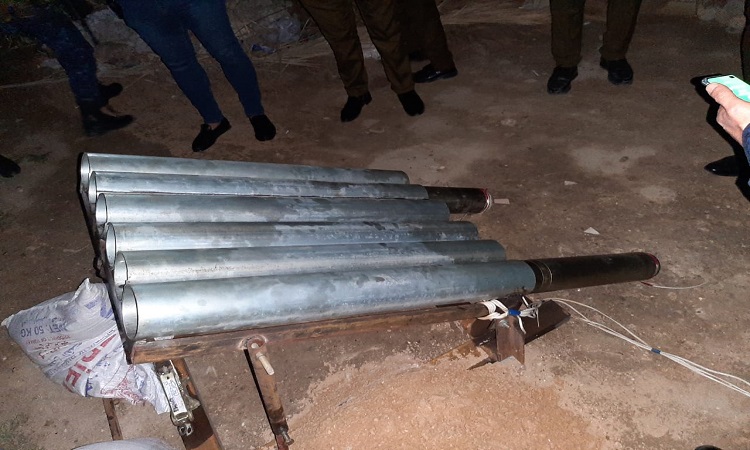 Shafaq News/ President Trump was getting ready to declare the coronavirus a “national emergency,” but inside the White House last Thursday, a tense debate erupted among the president and his top advisers on a far different subject: whether the United States should escalate military action against Iran, a longtime American rival that has been devastated by the epidemic. According to the New York Times.

One group, including Secretary of State Mike Pompeo and Robert C. O’Brien, the national security adviser, urged a tough response to rocket attacks that had killed two American troops at a base north of Baghdad, arguing that tough action while Iran’s leaders were battling the coronavirus ravaging the country could finally push them into direct negotiations.

But Defense Secretary Mark T. Esper and Gen. Mark A. Milley, the chairman of the Joint Chiefs of Staff, pushed back. The Pentagon and intelligence agencies did not have clear evidence that the attacks, launched by the Shiite militia group Khataib Hezbollah, had been ordered by Iran, they argued, and warned that a large-scale response could draw the United States into a wider war with Iran and rupture already strained relations with Iraq.

The military’s position prevailed, at least for the time being. Mr. Trump authorized airstrikes against five militia weapons depots inside Iraq, carried out at night to limit the possible human toll.

The meeting is a glimpse of the crosswinds buffeting the Trump administration’s policy toward Iran and its powerful proxies in Iraq less than three months after Mr. Trump took the provocative step of ordering the killing of the top Iranian commander plotting operations around the Middle East. The killing of the commander, Maj. Gen. Qassim Suleimani, led the United States and Iran to the brink of a wider war, and in the weeks since, a deadly tit-for-tat has unfolded inside Iraq — the longtime battleground for the two powers.

This article is based on interviews with two dozen current and former American, Iraqi and Western officials across their military, diplomatic and intelligence communities, many of whom spoke on the condition of anonymity to discuss internal conversations and confidential assessments. Representatives for the White House, the Pentagon and the State Department declined to comment.

American officials say there is little appetite among the president and some of his top advisers for a dangerous escalation with Iran, and leaders in Tehran are now consumed trying to tamp down the coronavirus pandemic that has devastated the country. Iran has one of the world’s worst outbreaks of the disease, and segments of the country’s aged leadership have also been infected. At least one senior aide to the country’s supreme leader has died, and field hospitals have sprouted in parking lots, stadiums and wedding halls to handle the overflow of patients.

Mr. Trump is trying to manage his own response to the worsening coronavirus crisis, even as his administration continues to wage its “maximum pressure” campaign of economic warfare and diplomatic pressure against Iran. Some American officials now admit that the killing of General Suleimani has not — as some had hoped — led Iran and its proxies to think twice about fomenting violence inside Iraq and elsewhere.

Indeed, militia groups inside Iraq seem to be trying to provoke the United States into a bloodier conflict that could prompt Iraq to evict the 5,000 remaining American troops there, a longtime Iranian goal. “Those who targeted Taji achieved a big goal: to get a reaction from Trump,” said Karim Al-Nuri, a senior commander in the Badr Brigades, the largest and most established of Iraq’s pro-Iran militia, referring to the military base in Taji, Iraq, where two Americans were killed.

In the days since the American airstrikes on March 12, Khatib Hezbollah forces have retaliated with rocket attacks on American bases — including one last Saturday that wounded three Americans at Camp Taji.

This escalation has left the United States with various undesirable options, according to American and Iraqi officials. Choosing not to respond might only invite more attacks. A moderate response — such as hitting militia weapons depots and headquarters but limiting the death toll — is only likely to bring more criticism from Iraq’s government, which is indebted to Shiite political factions. An even more aggressive American response that mistakenly kills civilians or Iraqi troops risks undermining the support of the Iraqi military.

Iran’s government has said it is still seeking revenge for the Jan. 2 killing of General Suleimani, as is Khataib Hezbollah for the death of Abu Mahdi al-Muhandis, the de facto leader of Iraq’s militia groups and a lifelong ally of Iran who was killed in the same American drone strike at Baghdad’s international airport.

“Americans assassinated our great general, and we did not and will not leave this without a response,” President Hassan Rouhani of Iran told reporters on Wednesday after a cabinet meeting in Tehran. “Our armed forces responded forcefully and targeted one of their bases with rounds of missiles, which I think the Americans will never forget,” he said, referring to Iran’s ballistic missile attack on Jan. 8 on Al Asad Air Base in western Iraq.

However, American intelligence officials say they do not have direct evidence that Iran ordered the rocket attack on March 11 that killed the two American service members and a British soldier. But Tehran exercises indirect control, and no operations are conducted without the tacit support of Iran, even if the Islamic Revolutionary Guards Corps is not choosing the specific timing or strength of attacks by Khataib Hezbollah, said an intelligence official.

While the successor to General Suleimani, the powerful and shadowy 62-year-old Iranian officer who once oversaw Tehran’s proxy forces, has continued to visit Iraq and work with Shiite militias there, Tehran’s control over the groups has loosened, according to American military and intelligence officials.

“It’s harder for them to make effective decisions, it’s harder sometimes for them to convey their will to their proxies,” Gen. Kenneth F. McKenzie, the head of the military’s Central Command, told a Pentagon news conference on March 13 about the effect of General Suleimani’s death. “Iran can certainly direct attacks in Iraq. Iran may not be able to prevent attacks from occurring in Iraq.”

General McKenzie is at or near the top of Iran’s hit list, according to people who have reviewed classified intelligence. When the United States listed the Islamic Revolutionary Guards Corps as a terrorist organization last year, Iran in turn designated the Central Command as one.

But other intelligence officials say Iran realizes striking General McKenzie, who is well protected, would be difficult and the Revolutionary Guards have developed a range of other targets. Ambassadors, their deputies, defense attachés and even U.S. Agency for International Development officials in the region and beyond have been warned they could be targets.

American officials believe the coming months will be rocky, with Tehran using paramilitary forces to try to hit American targets in Iraq, and the United States retaliating — even if American officials are divided over the best response.

That divide was on display during several top-level meetings on March 12, hours before Mr. Trump authorized the strikes. Before the meeting Mr. Trump convened with his top advisers, a lower-level meeting descended into acrimony when Brian H. Hook, the State Department’s top Iran adviser, erupted at Pentagon officials who professed not to have seen the military options being prepared for Mr. Trump, according to senior administration officials with knowledge of the meeting.

Later that day, the debate that played out in front of the president involved Mr. Pompeo and others arguing that limited airstrikes were more likely to perpetuate a cycle of violence than to break it. The secretary of state, backed by the new acting director of national intelligence, Richard Grenell, argued that a more direct strike on Iran — such as hitting its naval vessels — could take the country by surprise and push its leaders to the negotiating table.

One primary goal of the Trump administration’s “maximum pressure” campaign of economic sanctions is to so cripple Iran’s economy that the government will agree to negotiate a new agreement over its nuclear program. That has not happened, and many American intelligence officials and regional experts do no believe Iran is close to making such a move — especially with the chance that Mr. Trump could be out of office early next year.

But there is broad agreement among senior American officials that, with its leadership ravaged by the coronavirus, Iran is in a weak position.

American intelligence agencies have affirmed public reports that the pandemic has seriously divided Iran’s top echelons. Iran’s leaders have been harder hit by the coronavirus than almost any other country, and they have been hiding their infection from colleagues, according to intelligence reports — heightening distrust and divisions in the government.

Trump administration officials who advocate aggressive action have used those reports to press the case for escalating American military action against Iran. Mr. Pompeo, Mr. Grenell and others have argued the actions taken so far have not deterred Iranian action. But the willingness of Mr. Trump to take drastic action, like the strike on General Suleimani, and the president’s unpredictability, give the United States a chance to force a change in Iran’s actions, they have argued.

As administration officials weigh their next move, they are pressing Iraq’s military to crack down on the Shiite militias while the Pentagon moves in Patriot air-defense batteries and other systems to protect Iraqi bases where American and other allied troops are stationed.

Defending American troops from accurate, short-range and easily concealed rockets would require an influx of troops to either defend the perimeter of bases like Taji, or to crew air defense weapons capable of intercepting the rockets.

Iraqi officials already have pushed back on the placement of Patriot missile batteries, installed to help intercept Iranian ballistic missiles like those launched in January at Al Asad Air Base. Adding even more American air defenses could incite another dispute with the Iraqi government.

Last Saturday, after the attack on Camp Taji, General Milley telephoned Gen. Othman al-Ghanmi, the Iraqi Army’s chief of staff, and asked him to crack down on the Shiite militia attacks on American troops. “In accordance with guidance from the president, all options are on the table in order to protect U.S. forces operating in the Middle East and in Iraq,” General Milley said in a telephone interview.

In the meantime, administration officials are reviewing an array of additional targets, including more militia weapons depots and logistics storehouses, as well as strikes against militia leaders and possibly Iranian ships. Covert operations and cyberattacks are also under consideration, officials said.

The Pentagon’s top spokesman, Jonathan Hoffman, told reporters on Wednesday that no final decisions had been made. “We still are looking at how we may respond to any type of attack on American forces anywhere in the world, we retain the right to defend ourselves,” he said.