ISIS Is Beaten. But Iraq Is Still Hell for LGBT+ People. 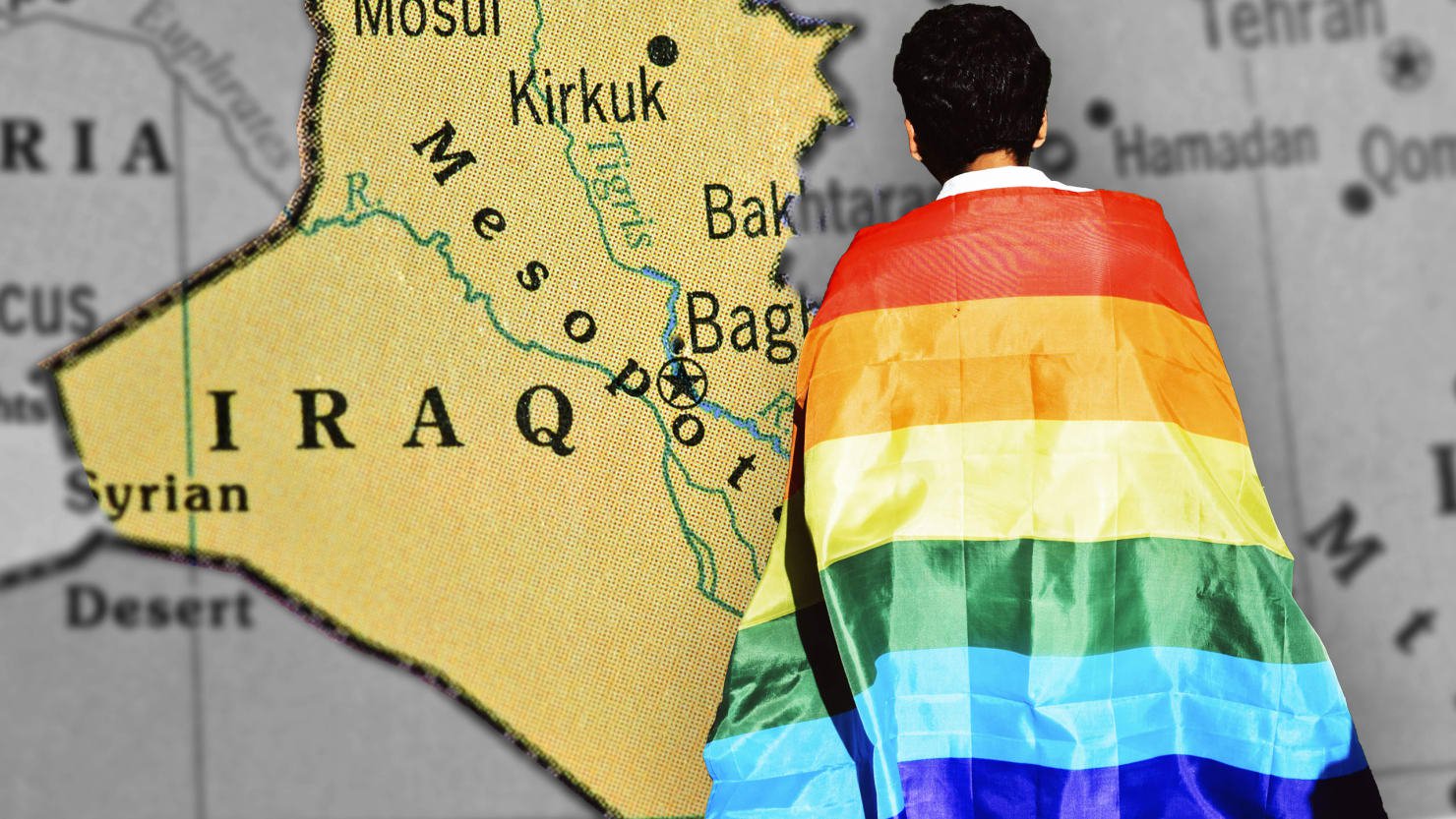 Omar is a 28-year-old gay Iraqi who now lives in Lebanon. “My boyfriend was killed in February 2017,” he said. “We had been together for two years, and he was my only support system. Shortly after that, I had to escape to save my life.”

Omar and his dead partner are far from alone. Ninety-six percent of LGBT+ Iraqis have faced some form of verbal or physical violence, the first ever study of LGBT life and experience in Iraq has found.

In 2017, more than 220 LGBT+ people were killed in the country, the survey estimates. Since 2003, the study says there have been annual “killing campaigns” in Iraq aimed at LGBT+ people.

Omar’s experience is one of 257 LGBT+ Iraqi testimonies that form the basis of Fighting for the Right to Life: The State of LGBT+ Human Rights in Iraq.

The report was compiled by advocacy group IraQueer and a partner group that wishes to remain anonymous for safety reasons. The year-long research project also spoke to 11 government officials or employees, 16 religious leaders, and 201 members of Iraqi society, and sought to glean information about Iraqi LGBT+ experiences between 2015 and 2018.

IraQueer is the first and only LGBT+ organization focusing on Iraq and the Kurdish region. It was founded in 2015.

Amir Ashour, founder and executive director of IraQueer, told The Daily Beast: “This survey is the first of its kind in Iraq. Statistics about the LGBT+ community in Iraq have never been shared as far as we know. This number might sound small when compared to other studies in countries like the U.K. But for a country like Iraq, where any kind of public participation can lead to facing violence and potentially death, this number is positively surprising.”

Armed groups like ISIS and Asa’eb Ahl Al-Haq have been two of the main groups threatening the LGBT+ community, the report says, with ISIS’ persecution particularly notoriously recorded in images of gay men being thrown off buildings.

These killings have taken place as recently as September 2017. Several gay men have also reported that they have been sexually assaulted by members of such groups.

LGBT people were also physically and verbally harassed by tribes and family members, who accuse them of despoiling the family’s “honor.” Thirty-one percent of violations against LGBT people were by armed militias, 27 percent by family, 22 percent by the government, 10 percent by ISIS, and 10 percent by “others.” ISIS has committed 30 killings of gay men, according to IraQueer and Outright International.

“The annual killing campaigns that have been happening for more than a decade are still unaddressed by the government, and not even one person has been held accountable for killing a gay person.”

The survey found that nearly half, 42 percent, of the violence against LGBT+ people took place in central Iraq, 32 percent in Iraqi Kurdistan, and 26 percent in southern Iraq.

“LGBT+ individuals in Iraq are facing life-threatening danger,” Ashour told The Daily Beast. “The annual killing campaigns that have been happening for more than a decade are still unaddressed by the government, and not even one person has been held accountable for killing a gay person.

“The fact that 96 percent of LGBT+ people responded to this survey saying that they have faced violence is horrifying. Not only being visible is impossible, but also the mere perception or the rumor that one is gay can lead to that person’s death. The report includes details of all the different violations faced by the LGBT+ community, and all of them share the same lack of trust in the Iraqi government.”

The vast majority of LGBT+ respondents to IraQueer’s survey lived in Iraq, although some asylum seekers also related their experiences; 61.5 percent of those surveyed were gay, 26.1 percent lesbian, 2.6 percent bisexual, 8.3 percent transgender, and 1.5 percent defined themselves as “others.”

“Since the United States and United Kingdom led invasion in 2003, one might argue that all Iraqis have been facing life-threatening circumstances,” the report reads. “But the situation for LGBT+ individuals is worse and more dangerous because they lack any legal protection whatsoever and to date there is no political will on the part of the government to address human rights violations against LGBT+ individuals. The government refuses to acknowledge LGBT+ individuals as Iraqi citizens and is not willing to protect them.”

The report features a number of LGBT+ voices from within Iraq.

Rana from Babylon said: “I will die without anyone knowing that I was a lesbian. All the feelings I have, and all the girls I had crushes on will remain secrets I will take with me to my grave. I don’t think I will ever live to see an Iraq that welcomes people like me.”

“My dad is a police officer and he found out that I am gay. He’s been threatening to kill me since then. I’ve been staying at my friend’s house since, and rarely go out.”

Mazin, a gay man living in Baghdad, told IraQueer in January 2018: “I escaped my family’s home six months ago. My dad is a police officer and he found out that I am gay. He’s been threatening to kill me since then. I’ve been staying at my friend’s house since, and rarely go out.”

Rawa, a 26-year-old gay man, said he was unable to keep his job because of sexual harassment and violence. “I was raped by my boss when I was working as a barista. He then threatened that he will report me to the police if I said anything. I had no choice but to escape.”

Hana, who is 31 years old and lives in the Kurdistan region of Iraq, said: “Every day I spend with my husband, another part of me dies. My father forced me to marry my cousin. I no longer recognize myself in the mirror.”

Members of the trans community face particular danger “simply by existing,” the report said. Hormone treatments are not legal and so make transitioning even more dangerous. Gender confirmation surgery is not permitted by the law, and if people manage to have the surgery outside the country, they face difficulties obtaining legal documents that reflect their gender identity.