Kurdistan Parliament: Soran Omar will appear before the judiciary after immunity lifted 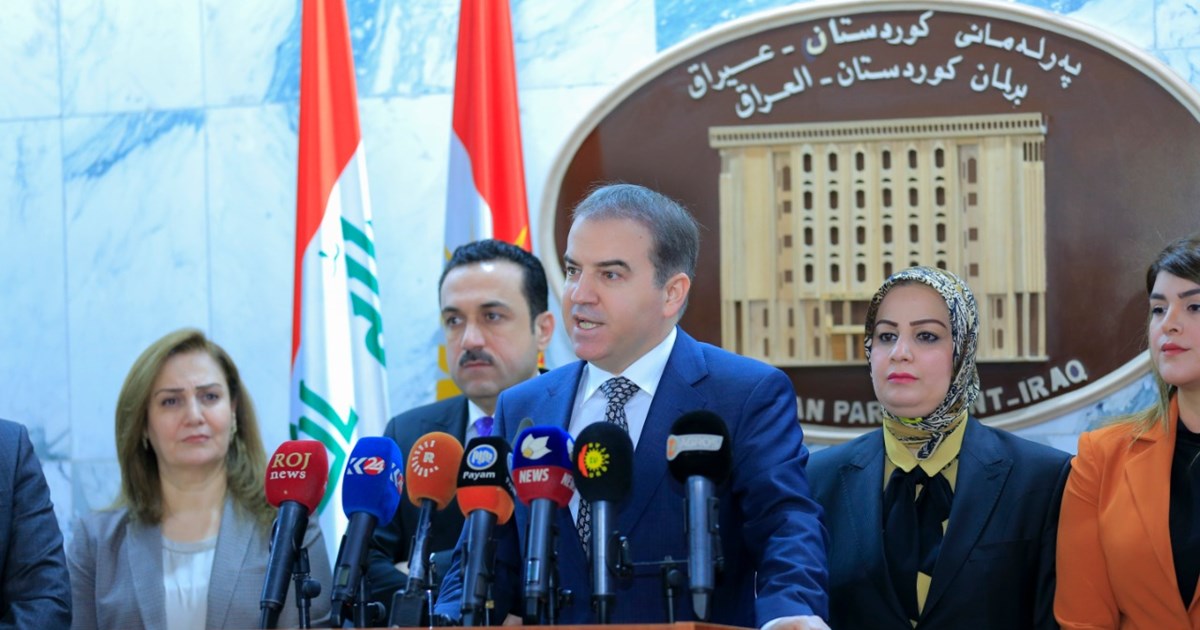 Shafaq News / The member of the Presidency of the Parliament of Kurdistan Region, Hemin Hawrami announced on Thursday that Soran Omar Saeed, whose immunity has been lifted, will appear before the court on the charges against him.

“The MP should be at the forefront of applying law, stressing the need to adhere to the internal system and laws in force in the region,” Hawrami said in a press conference held after the session, which was attended by Shafaq News correspondent.

"The people of Kurdistan are waiting for it not to be a subject related to one or two people, which is a source of difference between the political forces.

"After lifting immunity from any deputy, he will appear before the court, and if he is discharged innocent at the time, he may claim immunity again."

Omar had accused the Prime Minister of Kurdistan Region, Masrour Barzani of having a owning a bank and a company, but the media office of the latter demanded the first to provide evidence of his allegations or assume legal responsibility for misleading public opinion.

On Thursday, Kurdistan Regional Parliament voted with majority to lift the immunity of the member from the Islamic Group bloc, Soran Omar Saeed.

Kurdistan Regional Parliament held a session on Thursday to lift immunity of a number of its members amid its president, Riaz Faeq boycott to the session.

The regional parliament began to hold the session, headed by First Vice-President , Himen Hawrami  after the quorum was completed, in the presence of 58 MPs.

Hawrami rejected in a statement a request made by a number of deputies to delete a paragraph concerning withdrawing confidence of a number of members, stressing that the request violates the internal system.

The correspondent added that Parliament voted 57 votes overwhelmingly to lift the immunity from (Soran Omar Saeed).

The session chairman instructed the legal committee to take the necessary measures after lifting immunity from Saeed.

Parliament Speaker , Rewaz Faeq said yesterday in an interview with reporters from inside the parliament that she is not satisfied with holding a session that includes immunity lifting of members of Parliament.