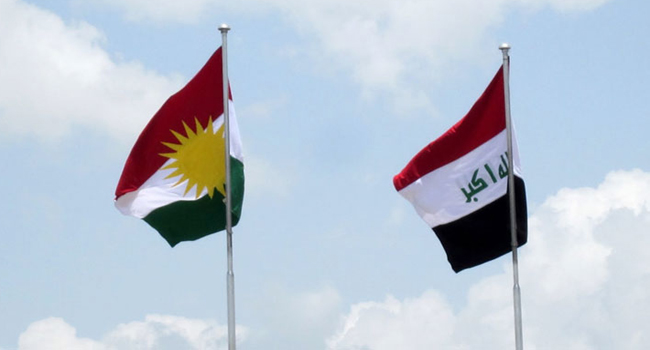 Shafaq News/ Kurdistan Regional Government  (KRG) on expressed on Thursday its concerns from the political interference accompanying the population survey in 2020, announcing the formation of a committee in the Council of Ministers of the region to express an opinion on the population survey mechanism.

"We discussed with the delegation the survey issue in a clear and frank manner," said Minister of Planning ,Dara Rashid in a joint press conference with the Minister of Justice, Khalid Shwani, a high delegation from the federal government headed by , Mahdi al-Allaq , the advisor to Prime Minister , Adel Abdul Mahdi as specialized staff in Kurdistan region and Baghdad are working to create a suitable atmosphere for the survey."

He explained that the survey needs to be normalized in all areas of Iraq and then precede with a successful population survey, adding that KRG fully supports conduct the survey in a condition to be away from political interventions.

For his part, the Minister of the Region , Khalid Shwani said during the conference that a high delegation of the Iraqi government arrived Kurdistan Region to discuss the survey, and we in turn confirmed support for it, but we have some problems and concerns, especially with regard to the disputed areas, and we have asked the federal government delegation to take these concerns into account and take precise technical measures to show the real reality of these areas and to register the indigenous people of those areas not according to the current reality, which has witnessed changes.

He added that we discussed what was mentioned in dealing with the disputed areas during the survey, pointing out that we will discuss it in order to enhance confidence between the two sides in regard to those areas taking into account the international articles and items related to the survey.

He noted that the delegation will hold meetings with the Statistical Commission in Kurdistan Region in the coming days and with the United Nations Mission in Iraq to reach an agreement and consensus to find solutions to the problems in the way of the technical plan and preparations for the survey.

He revealed the intention of the federal government to conduct a survey in November of 2020, stressing that at the highest levels there is support and coordination by KRG to conduct it.