Arab tribes in Kurdistan announce their willingness to participate with 50,000 fighters against the Turkish operation 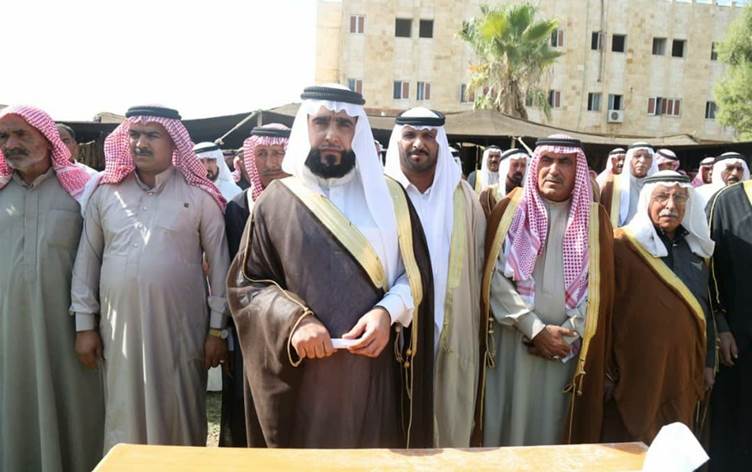 Shafaq News/ The elders of Arab tribes in Kurdistan Syria, announced general mobilization declared by the self-administration to face the Turkish operation and the willingness to provide 50,000 fighters for this purpose.

"We, the tribes and tribal leaders in the region, declare that we stand united behind our sons in the SDF, the only force that fought and liberated every inch of their lives from the abomination and brutality of terrorism with their pure blood," said a statement issued by Arab tribal elders and tribal elders.

"Today, SDF stands facing the barbaric Ottoman occupation, which we have suffered through the ages and mercenaries who looted , robbed and attacked properties of the Syrian people, and these mercenaries played a role with all previous terrorist factions, as agendas linked to the Turkish occupation under several names."

"As we now have two million displaced people who have embraced us from all the people of Syria and live in safety and peace in our areas, we welcome with all the generosity our people, in which Erdogan says that they are 3 million people who are all of the sons of Syria, the Ottoman occupation tries this flimsy argument. We don't need anyone to teach us customs and traditions.”

The statement demanded "the general command of the Syrian Democratic Forces to liberate every inch of the homeland from the Ottoman occupier from Jarablus to Afrin and the Iskenderun Brigade.”

The statement called on "the United Nations, the UN Security Council in general and the League of Arab States in particular to play their moral and humanitarian role in deterring this barbaric aggression against our land and people."