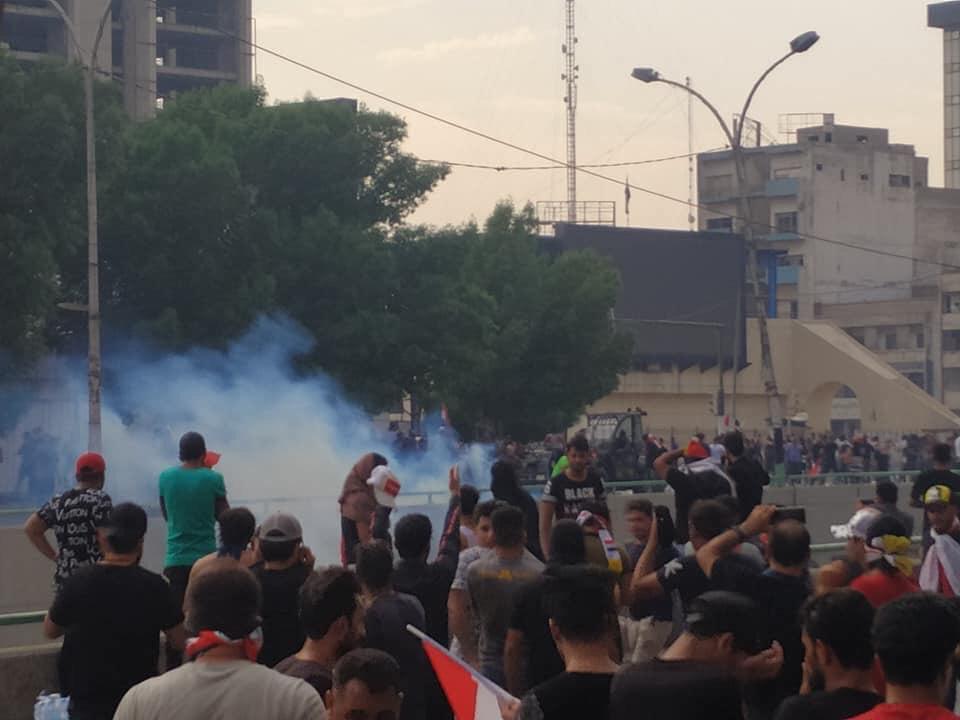 Reuters sources learned that the leaders of these militias acted spontaneously in order to put down demonstrations against the government headed by Adel Abdul Mahdi, supported by armed groups and political factions supported by Iran.

A source said they had verified evidence indicating that the snipers were elements of militias who "report directly to their commander rather than the commander of the armed forces as they belong to a group very close to the Iranians.”

The second source, who Reuters said was attending government security meetings, said black-clad militiamen assaulted protesters on the third day of unrest back then the number of the killed protestors reached 50 a rise from half a dozen.

He added that these gunmen were under the command of Abu Zainab al-Lami, a leader in the Popular Mobilization, and he was tasked with the mission of "crushing demonstrations by a group of other leaders."

The agency pointed out that the spokesman for the Popular Mobilization ,Ahmed al-Assadi denied the participation of the Mobilization forces in the recent demonstrations.

An official in the Prime Minister's office said it was too early to blame anyone, the Mobilization or the security forces, before the investigation.

Protests broke out in Iraq on 1st of October against corruption and unemployment, and then escalated into calls for a complete reform in the political system.

These demonstrations were unprecedented because they seemed spontaneous and were not called by any political, partisan or religious parties, but they were unexpectedly bloody.