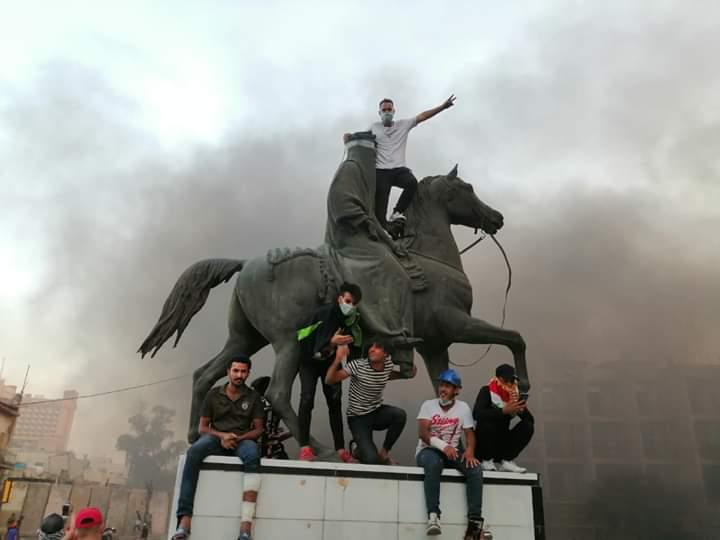 Shafaq News/ Demonstrators blocked several roads in the capital, Baghdad, and surrounded the office of Prime Minister, Adel Abdul Mahdi in al- Allawi area, in a new method, after they were stationed throughout the days of demonstrations in Tahrir Square and its surroundings.

Informed sources told Shafaq News that protesters blocked Allawi bridge and the museum road in Baghdad, besieged the office of the prime minister, trying to reach the building of the Iranian embassy and the official al-Iraqiya channel on one hand and entre the Green Allawi side in another hand.

The sources said that major security reinforcements from riot police were reaching the new protest sites.