Postgraduates back to protests 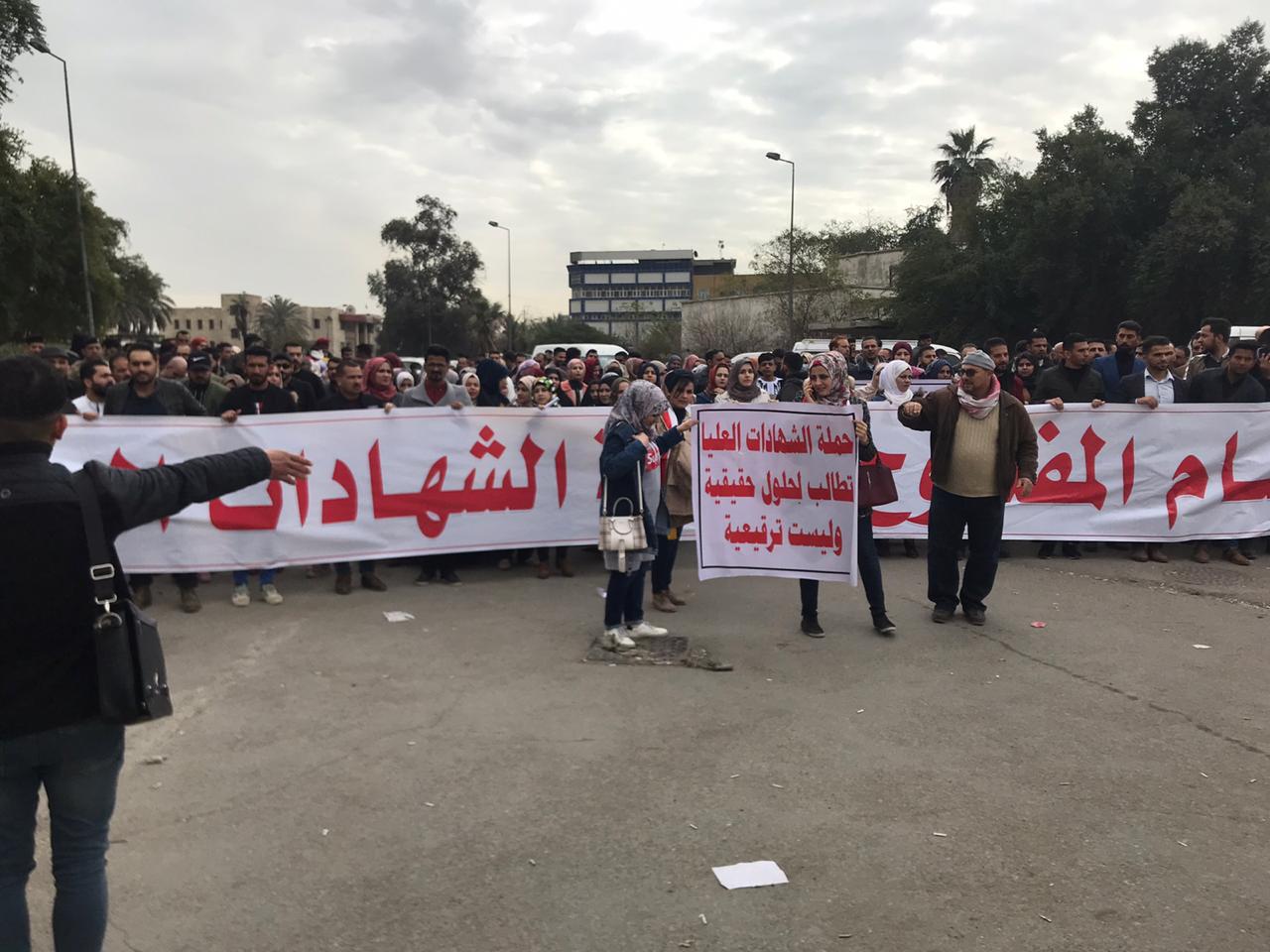 Shafaq News / Dozens of Postgraduate protested on Sunday in in the center of the capital, Baghdad demanding for jobs.

Shafaq News correspondent said, the security forces have prevented those who hold higher certificates from passing in front of the Ministry of Higher Education and Scientific Research building for fear of erecting tents in front of them.

The graduates had protested before the protests erupted in Iraq in early October, with a similar demonstration in front of the Presidency of the Council of Ministers, during which they were oppressed by the riot police.