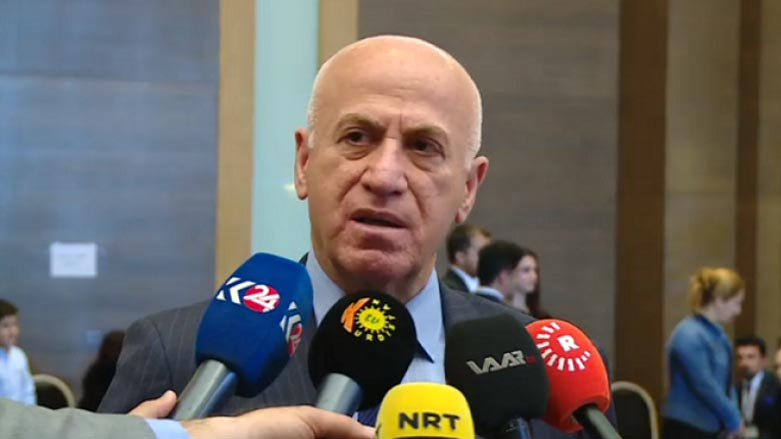 Shafaq News/ Kurdistan Democratic Party (KDP) confirmed on Monday that the new government of the Kurdistan Region headed by Masror Barzani   will receive confidence by the parliament this week, while announced reaching an agreement with the Patriotic Union of Kurdistan (PUK) about the candidate for the post of governor of Kirkuk, revealing also that Erbil and Baghdad are going through new dialogues to normalize the situation in the disputed areas.

"KDP has long sought to form the new government for the region ahead of its schedule," said KDP spokesman ,Mahmoud Mohammad in a statement to reporters today from Erbil, adding that the party submitted the names of candidates to fill positions in the new government of the region to the in charge of forming it, Masror Barzani.

He expected the parliament to give confidence to the government on Tuesday or Wednesday, saying "voting at most will be on Wednesday to have room to study the names of candidates for government positions by members of parliament, but the formation of the government will not exceed Wednesday."

"All political, national and religious components are involved in the new government and this is a factor of strength and support for it,” KDP spokesman added.

Regarding the issue of the governor of Kirkuk, the spokesman said we have reached an agreement with PUK and during the next two days , we will complete this subject.

He pointed out that "there is a bilateral committee formed by Erbil and Baghdad to normalize the situation in the disputed areas and has conducted a round of dialogues reaching a number of understandings and consensus that will be finalized in the next few days."