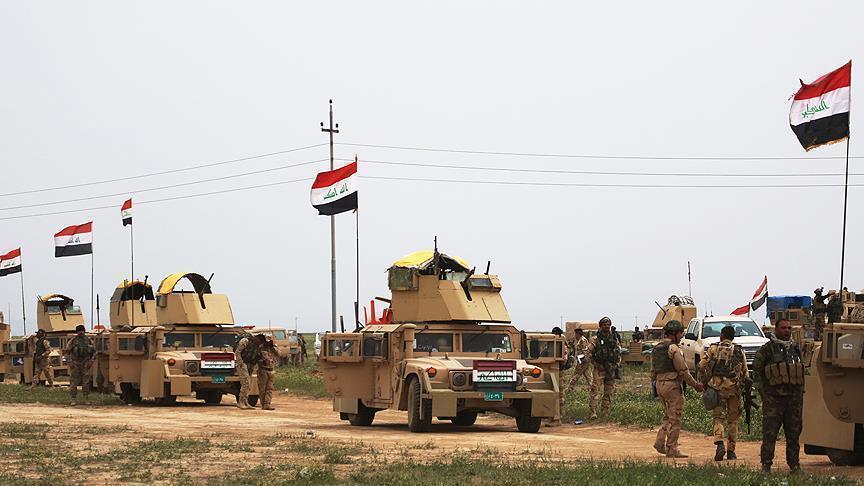 Shafaq News / The Iraqi army forces supported by the popular mobilization forces (PMF) and warplanes, launched an operation towards ISIS dens on Tuesday, after attacks by ISIS escalated in Kirkuk province.

A security source told Shafaq News that the operation was preceded by intense shelling by the Iraqi army and a search operation in Rukhaneh valley and Tal Al-Basal village, southwest of Daquq district.

He added that the shelling has so far killed 10 members of ISIS and destroyed 15 dens.

He indicated that the operation was launched by a force from the Iraqi Army, the Army of the 45th Brigade, and PMF to support Iraqi aircraft.

The Security Media Cell announced yesterday that 23 ISIS members were killed following the security operation of the joint forces of the advanced headquarters operations in Kirkuk.

In recent weeks, attacks by suspected ISIS militants have increased, particularly in the rugged region between Kirkuk, Salahuddin and Diyala provinces, known as the "Triangle of Death".

In 2017, Iraq declared victory over ISIS by reclaiming all of its territory, which was estimated to be about a third of the country’s area, that the organization invaded in the summer of 2014.

But the organization still keeps sleeping cells in large areas of Iraq, and launches attacks between varying periods.

Peshmerga Minister, Shorsh Ismail revealed on Sunday, that ISIS terrorist organization had formed new courts and re-imposed royalties on civilians in areas where the security forces did not exist.