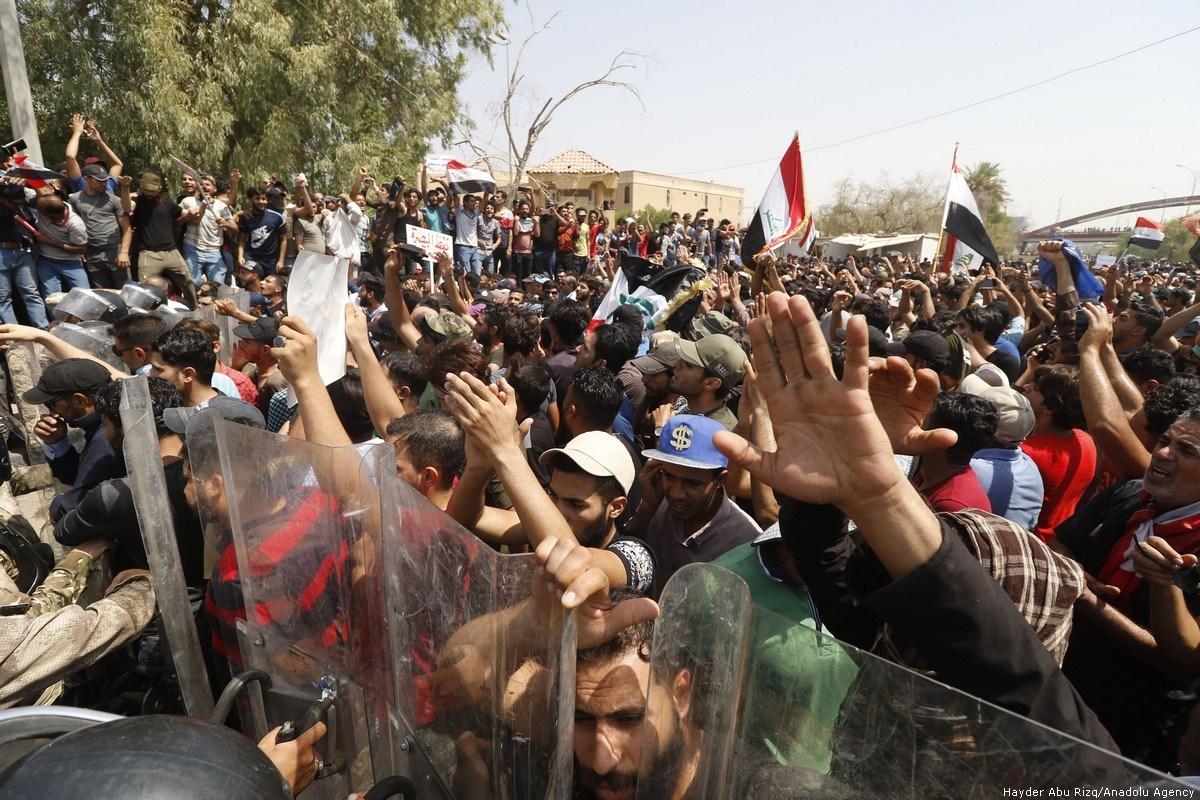 Iraqi demonstrators set fire to the municipal administration building in the southern province of Dhi Qar on Sunday in a protest against the lack of public services, corruption and bad management. They also complained about a lack of employment opportunities.

The protest coincided with continuing demonstrations in Basra against power cuts and unemployment, as well as the lack of services and corruption. Cuts in electricity supplies have come at a time when the temperatures are close to 50 degrees Celsius.

“The security forces helped local council officials to leave the building before it was stormed by protesters,” Lieutenant Hakim Al-Asadi told Anadolu Agency.

Iraq needs more than 23,000-megawatt-hours (MWh) of electricity per hour to meet the needs of its population and institutions without cuts. The current production level is only 18,000 MWh per hour.