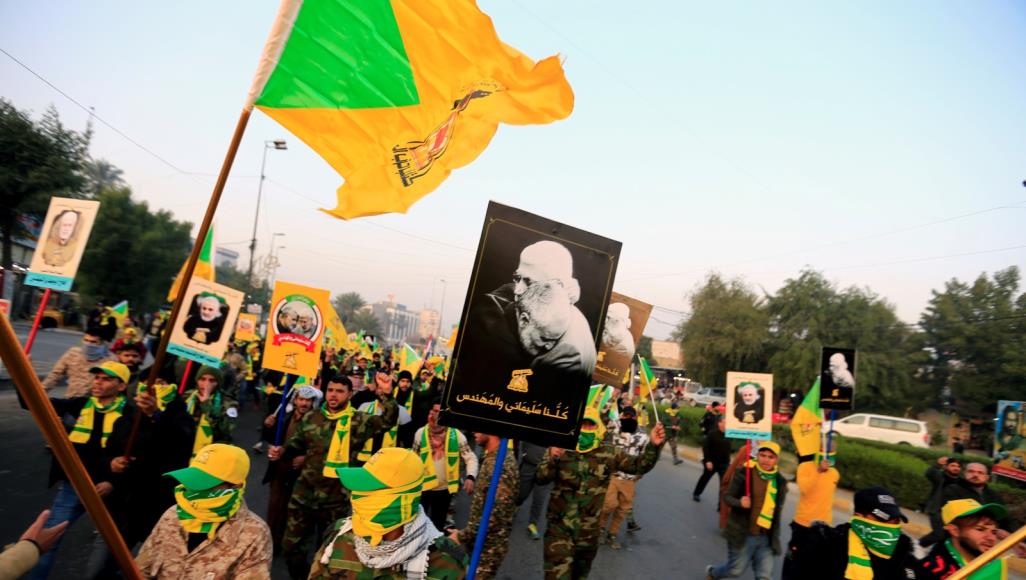 2020-04-23T22:10:08.000000Z
Shafaq News / "The Hezbollah Brigades", one of the armed Shiite factions in Iraq, mentioned on Thursday that the Prime Minister-designate , Chief of the intelligence service Mustafa Al-Kadhimi requested to meet with them to explain his position on the assassination of the Iranian General Qasim Soleimani, and the deputy of popular mobilization forces (PMF) with an air strike near Baghdad’s International airport.
The brigades accuse Al-Kadhimi and the United States of America , of being involved in the air strike that killed Soleimani and Al-Muhandis .
The statement added that "the meeting took place with Al-Kadhimi and it was agreed to form a committee to discuss the circumstances of the crime."
On Wednesday,  Al-Fateh alliance led by Hadi al-Amiri, gave Prime Minister-designate Mustafa Al-Kadhimi a week to make adjustments to his ministral cabinet.
A close source to Al-Fateh alliance, who declined to be named, told Shafaq News that “Al-Fateh is disturbed by the Prime Minister-designate because of the wrong policy he took in the formation of the cabinet and the concessions he made to some parties in exchange for confidence in the House of Representatives.”
He added, "The Hezbollah Brigades informed Al-Fateh leadership of its refusal to assume Al-Kadhimi as a prime minister. also confirmed that they’ll take other measures if Al-Kadhimi gets the confidence of Parliament and is able to form his government."
It is noteworthy mentioning that Al-Kadhimi has the support of most of the major political forces in the three Shiite, Kurdish, and Sunni components, who have promised to give confidence to his government formation through its parliamentary blocs in the House of Representatives.
On April 9th  ,Barham Salih, The president of Iraq , authorized Al-Kadhimi to form the government within 30 days, less than an hour after the former Prime Minister-designate, Adnan Al-Zurfi announced his apology for this task.
Shafaq Live
Shafaq Live
English كوردى عربي Turkish فارسي
English كوردى عربي
Radio